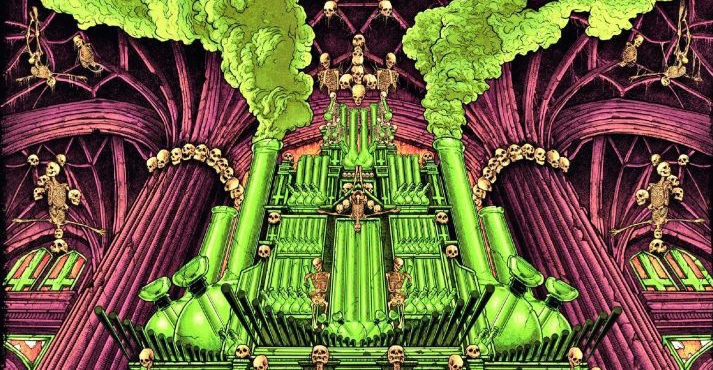 London’s miscreant beast of excessive sludge, GURT, announces the September 6th release of the new studio album, ‘Bongs Of Praise‘, via the band’s own label, When Planets Collide.

Today, we light up and move out the single “Rolling Stoned” by means of a new lyric video created by Clem Colt and featuring images created by Mark Williams of Heavy Hand Illustration. This song follows the previously premiered, short and sweet “Jazz Cabbage” visualizer featuring animation from Dead Walk Designs LTD. With this pair of ocular presentations, we include the unveiling of the ‘Bongs Of Praise‘ album artwork (also created by Mark Williams) and tracklist.

‘Bongs Of Praise’ is preceded by two full-length albums from GURT, 2017’s ‘Skullossus‘ [review] and 2014’s ‘Horrendosaurus‘, and no less than seven EPs. The new album is set to arrive from When Planets Collide on September 6th and is available in the formats listed below.