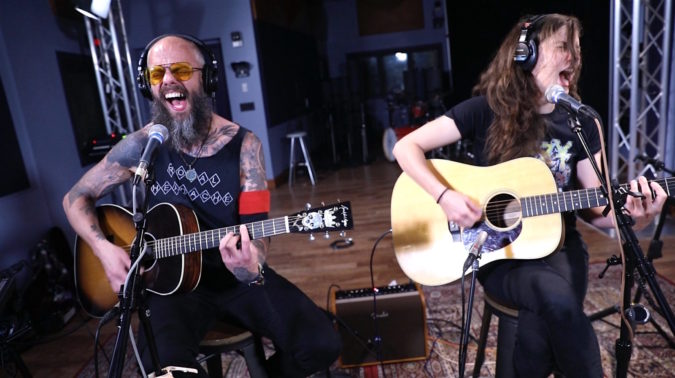 Currently out on the road touring to support the album in the United States, the band has periodically performed select acoustic sets along the way. Recently, John Dyer Baizley (guitar, vocals) and Gina Gleason (guitar, vocals)* dropped by The Key WXPN radio station in Philadelphia, PA for such a performance.

The station has now made that intimate event available for streaming and, to be honest, it is quite good. It is unknown whether any of the acoustic appearances will see some sort of official release at any point, but you can experience the Philly stop here. We are also including a new documentary video from BARONESS about the making of ‘Gold & Grey‘, entitled “Vaguely Familiar“.

The setlist from the acoustic performance consists of the songs below.  You can find all current and upcoming BARONESS tour dates on the band website.