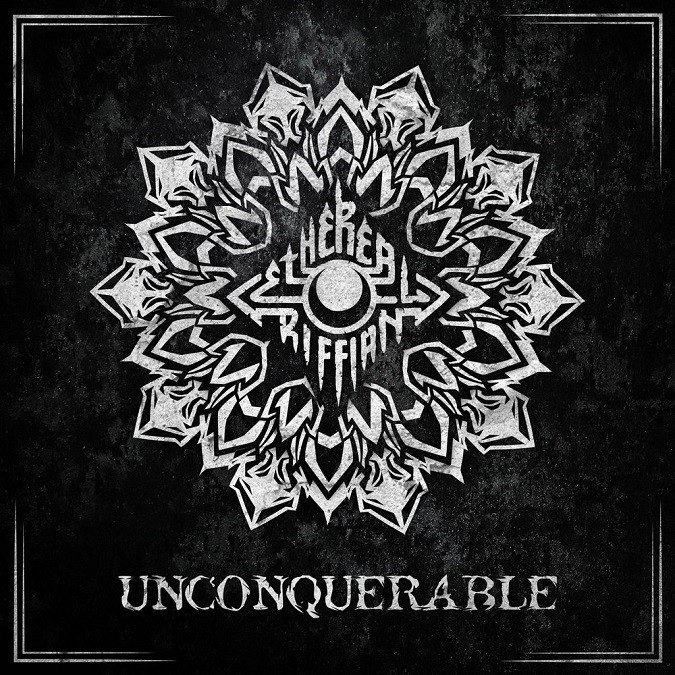 Hailing from my grandmother’s homeland of Kyiv, Ukraine is the dynamic, heavy stoner psych quartet ETHEREAL RIFFIAN, with a new album ‘Legends‘ coming next month.

After dropping the first single and music video for the title track “Legends” in May, then releasing the second single “Kosmic” in June, ETHEREAL RIFFIAN is presenting the third single “Unconquerable.“

After forming in the summer of 2010, the band spent several years trying different musical styles to merge their individual sonic vibrations into a union with their collective consciousness. Their debut work ‘Shaman’s Visions’, came into existence in 2011, displaying the result of the band’s quest for that new sound. Exactly a year later, their second release ‘Dkyil Khor’ (Sand Mandala) was added to the band’s repertoire. The twenty-minute meditational single was written for one of the expositions of the Arsenale-Biennale 2012 exhibition in Kyiv, which was devoted to the transience of time and the search of self.

Since then, ETHEREAL RIFFIAN has amassed a well-respected discography. A second full-length album in 2014, ‘Aeonian’ was released by Nasoni Records, Tartarus Records, and Mulligore Production. Not only the album, but an eponymous book written by the band’s members merged as a result of their intention to fully disclose the ideas and concepts of this album. In 2016, the band’s released a live album, ‘Youniversal Voice’, as well as an EP ‘I AM. Deathless’. In 2017, the group released the conceptual ‘Afterlight’ DVD, which summarized their seven-year musical journey.

As a live act, ETHEREAL RIFFIAN is dedicated to providing powerful, yet transcendental shows to immerse you into their music. As they’ve toured separately in the past with both Stoned Jesus and Somali Yacht Club, you may be able to grasp how it could dissolve you in a radiant flow of mesmerizing vibrations.

Now in 2019, the band’s third full-length album ‘Legends‘ is set for release from Robustfellow Productions on September 6th. Premiering today, the latest single “Unconquerable” is accompanied by a lyric video, created by Nastya Homenko and aimed at enhancing the track’s message.

“Behind every legend, there’s a legendary act. Behind every legendary act, there’s an unconquerable spirit. Spirit devoid of any fear, doubt and indecisiveness. It’s an invisible force that made Terry Fox run 5,373 kilometers with one leg to raise awareness of cancer. It’s what inspired tender woman Rosa Parks to stand up for the rights of black people in one of the most racist states of America. It’s the inner strength that made a man in a loincloth named Gandhi to unite the Indian nation despite incredible opposition. It’s the spirit that our times need most. The spirit that awaits to be awakened in each of us.”

Have a listen and a look at “Unconquerable,” from the upcoming ‘Legends‘ album above. A digital version of the track will be available via iTunes, Spotify, Google Play, and most other digital streaming outlets. The release of the ‘Legends’ album is planned for the 6th of September via Robustfellow Productions as a limited edition cassette tape, CD, and vinyl record.

The band has some performances coming up to present ‘Legends‘ in a live immersive persuasion. All current live dates, as well as their previously released tracks, “Kosmic” and “Legends“, are below.