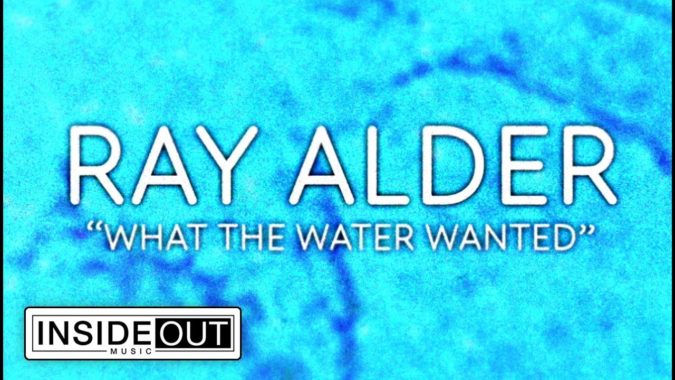 RAY ALDER is recognized worldwide as the long-running vocalist for progressive metal icons Fates Warning, joining the band in 1987 after the departure of singer John Arch.

Since that time, Ray has risen to the challenge of fronting one of metal’s most revered acts, proving himself and his talents time and time again. Delve into such milestone Fates Warning albums as 1988’s ‘No Warning‘, 1989’s ‘Perfect Symmetry‘, 1997’s ‘Pleasant Shade Of Gray‘, or recent offerings like ‘Darkness In A Different Light‘ (2013) or ‘Theories Of Flight‘ (2016), and you will hear RAY ALDER excelling at his craft.

With over three decades of delivering some of the finest emotionally soulful vocals, Alder‘s legacy also includes works outside of Fates Warning in bands Redemption and Engine (see recent Oldschool Sunday segment HERE), among others. Yet, in all his years of providing exceptionally dynamic vocal contributions to these bands and other guest appearances, Ray Alder has never branched out on something all his own… until now.

The first single from the album, the title track “What The Water Wanted“, can be heard below by means of a new lyric video created by Cloud Music Typography.

“I want to thank InsideOut Music for giving me the opportunity to record and share this album with the world. For the last year, I have been writing with Mike Abdow, guitarist / bassist Tony Hernando and my longtime friend Craig Anderson on drums. The album was mixed by Simone Mularoni, who worked tirelessly with me to give this project the great sound we felt it deserved. I have had the ideas for a while but never had the time to actually sit down and write. But since FATES WARNING had taken a break from writing and touring, I finally had the chance to assemble the album. I hope you all enjoy it as much as we did writing and recording it.“

‘What The Water Wants‘ will be made available as a limited first-pressing digipak CD with a bonus track (an acoustic version of “The Road“), as well as an LP on 180-gram vinyl with the full album on CD as a bonus. It will be released October 18th via InsideOut Music and is available to pre-order at this LINK.