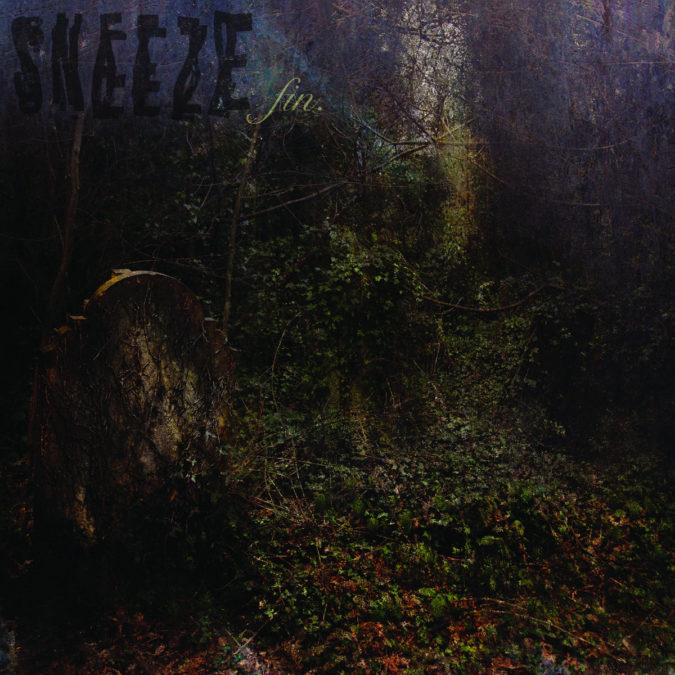 Excitement for the album’s arrival has steadily grown with the recent shares of two singles, “Social Abrasion” and “La Ville Rose“. Now, Riff Relevant gets in on the action and excitement both with today’s premiere of the advance stream of SNEEZE‘s ‘Fin‘ album in its entirety.

Recorded at Sonelab with Justin Pizzoferrato (Dinosaur Jr., Speedy Ortiz, Kindling) and mastered by Carl Saff, ‘Fin‘ finds Derek Desharnais (guitar / vocals), Julian Moore (drums), and Danny Boyd (bass) at a creative high point. Amid this flurry of song crafting captured on the trio’s new outing, a wide array of influences and eras of time in music are present.

From the psych-nuanced, grungy punk of the introductory track “Grey Neon“, with its squealing guitar feedback and angsty vocals, this is music for the periodically agitated. It is such, because one will find it impossible to maintain a state of anxiousness once they hear cuts like the Dinosaur Jr.-ish “Not In Service” or the levity laden “The Northern Lift“.

On the other side of the coin are overtly caustic, utterly volatile compositions that ignite like fuses. The best examples of this come in the Quicksand-meets-Cave In confines of “Bastard“, or the explosive “Brine“. Relentless, these combustible numbers are impossible to douse once they get lit. Other times along the way we are served enthralling instrumental pieces that act as intros or segues into other songs, like the brief but striking “Fog Of Warsaw” or “Mist Of San Martino“.

I dare say that nearly anyone will be able to locate something appealing to them on this album on some level, as it is quite multifaceted. Of course, there is one surefire way to find this out right now, and that is to delve right into the new album from SNEEZE, ‘Fin‘, presented here.

It will be released jointly from Midnight Werewolf Records / Tor Johnson Records on September 13th, with format-specific pre-order options at the following links:

In related news, SNEEZE will perform a series of select album release shows this month, followed by a U.S. West Coast tour with FuckO in November. Find all of the scheduled appearances below.