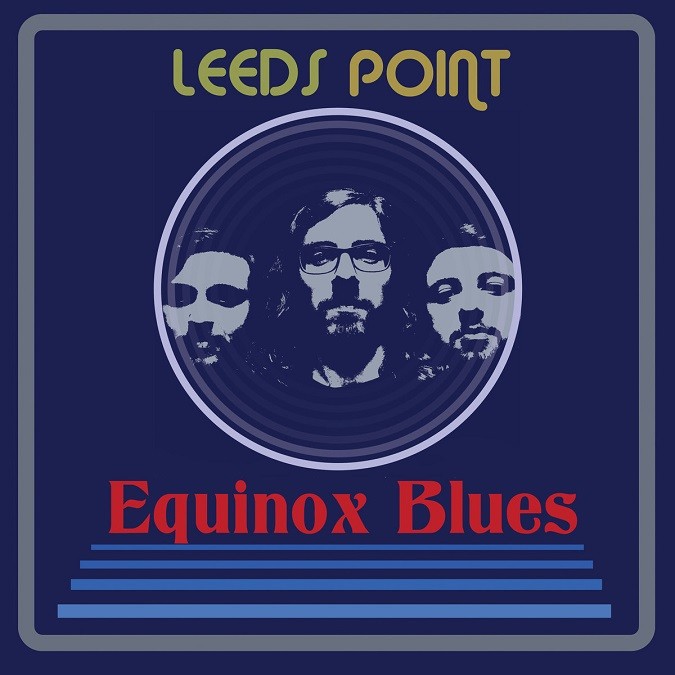 Most days, I find solace in music. Most folks who know me understand this and occasionally *cough* suggest bands they think I might want to check out. Once upon a time, LEEDS POINT was one of those bands.

So the story goes a year or two ago while visiting Connecticut and tooling around with a friend and extensively talking tunes. Out of the thin air of nowhere, he whipped out a CD of the LEEDS POINT 2015 release ‘Green Witch‘ and said I should hear it. He was correct. Soon after it started, I was hooked on their hooks.

Heavy, stoneresque, bluesy, solid song structures, varied vocal stylings, some sneaky prog and thrashy moments are thrown in here and there, and just a thoroughly damned fun listen. They had a lot of heart behind them and that emanated through their sound and it hit me by surprise with a heavy punch.

Come to find out, they’re from my home state of New York, albeit south in the Long Island area. Starting out in 2012, LEEDS POINT has been busy for the past seven years. Self-releasing several recordings through Bandcamp in both digital and CD formats, they started with a full-length debut ‘The Hooded Ones‘ in 2014, the second album in 2015, ‘Green Witch‘, a random digital single ‘Electromagician‘ a few months before their third album ‘Fahnestock Rock‘ in 2016, with a couple more digital singles in 2017, ‘Time‘ and ‘Hex Obscuricum‘. As I said… busy gents.

LEEDS POINT is set to unleash a brand new album in 2019, ‘Equinox Blues‘, on Friday, October 4th, once again a self-released full-length. Today we have the honor of presenting an exclusive premiere stream of the band’s sixth song on the album’s tracklist, entitled “Blood From A Stone.“

The band commented about the upcoming ‘Equinox Blues‘ album:

“Equinox Blues has been a journey for us as a band. It took us a couple of attempts to get an album we were really happy with. The final version was recorded on an 8-track reel to reel tape machine, and the limitations of the equipment really forced us to become better musicians.

The album has a cyclical theme and in many ways is a commentary on people’s fear of the unknown, in a society that tries to control every aspect of life. Our existence is just part of a larger cycle, and it demands to be accepted to overcome the fear it invokes.”

Recorded on analog tape at Sunken Mine Studios somewhere in New York, ‘Equinox Blues‘ was written, recorded, and produced by LEEDS POINT and will be available on Friday, October 4th. Pre-ordering is open now through the band’s Bandcamp page.