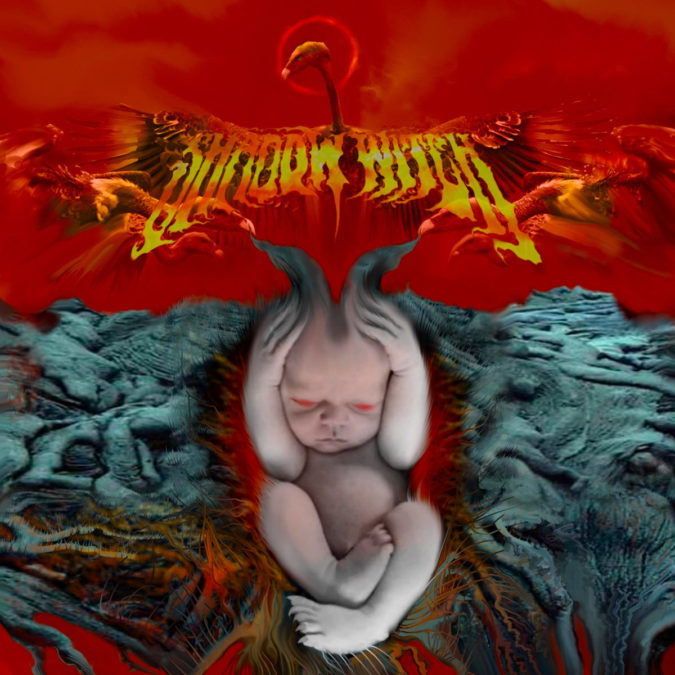 When we look to the near future, scan the forthright horizon of what looms in the world of music, one recently announced album in particular grips our attention.

This would be ‘Under The Shadow Of A Witch‘, the hotly anticipated, third studio full-length from Kingston, New York’s SHADOW WITCH. While many of the album’s specifics have yet to be revealed, it is known that the record is to be issued via Argonauta Records in February 2020.

There are some details we do know, like the fact that the band’s former drummer, Doug Beans, returned to the fold to assist in recording the new album. Since then, SHADOW WITCH – singer Earl Walker Lundy, guitarist Jeremy Hall, and bassist David Pannullo – have welcomed new drummer Justin Zipperle aboard as the band’s official kit-man.

The biggest specific, or THE detail of details available at this time, is the unveiling of the new album’s first single, “Wolf Among The Sheep“. The song is a thunderous, mid-tempo chugger, rife with groove and tight-knit interactions between the players that serve to deliver its soulful, haze encased vocals. Lyrically, the song is riddled with verbal diatribes against organized religion and many of the hypocritically deceitful pretenders found within it.

I asked SHADOW WITCH‘s shamanistic vocal source, Earl Walker Lundy, if he would share some insight into the track with us and he replied:

“As far as this first single goes, it sorta stands alone, in that it’s the only song that could be interpreted as having possible political overtones. Production-wise though, it very much flows with the rest of the album. We recorded everything with my buddy Paul Orofino. He’s recorded everyone from Mountain, Foghat, Golden Earring, and Blue Öyster Cult to bands like Immolation.“

Earl shifts gears to expound on the ‘Under The Shadow Of A Witch‘ album, saying:

“We’re very excited about this release, and the new partnership with ARGONAUTA RECORDS. The record takes SHADOW WITCH places we haven’t ventured before, both sonically and emotionally. There’s a lot of vulnerability in the lyrics and the vocal performance, and the band worked hard to match that. We’re very proud of the results as we really wanted this record to be a big step up from our last, and working with Paul was an incredible opportunity to make that happen. He’s a fuckin’ master of his craft, and brought ideas to the table that became integral to the album. I think it’s our strongest work yet.“

There is no denying SHADOW WITCH is one of the heavy rock underground’s unique and quickly rising acts… two things a bit hard to pull off in this day and age’s mass mediocrity. Yet, not only do SHADOW WITCH pull it off, they ratchet things up to levels beyond the reach of many of their contemporaries. Just listen to any of their previous releases, ‘Disciples Of The Crow’ (2017), ‘Sun Killer‘ (2016), or self-titled promotional EP (2016), or catch them live on a stage somewhere, and this is immediately evident.

More on the upcoming new album from SHADOW WITCH, ‘Under The Shadow Of A Witch‘, when available. It is expected to arrive from Argonauta Records in February 2020.