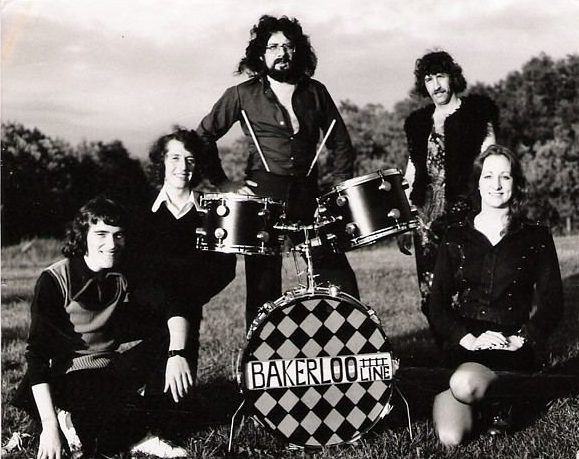 Perhaps one of the biggest blues-influenced bands of yesteryear, 1969 to be exact, is not a big one at all, at least not by today’s standards.

Yet, it is one that is highly influential to those in the know, and one whose members would go on to participate in some of the more legendary bands within rock history. Beginning their short-lived existence in 1968 Great Britain (United Kingdom) as The Bakerloo Blues Line, named after the London Underground Bakerloo Line, the band was started by guitarist David “Clem“ Clempson and bassist Terry Poole.

In those early days, they went through a string of drummers, including John “Poli“ Palmer and John Hinch as they sought the right guy, who would eventually turn out to be Keith Baker – but let’s not get too far ahead of ourselves.

If you are any type of rock and roll historian, the names mentioned here are a true Who’s Who with connections to Humble Pie, Uriah Heep, Judas Priest, Colosseum, Supertramp (in those days known as Daddy), Family, and others. The Bakerloo Blues Line was managed by Jim Simpson and played heavily blues-influenced music with a vibe similar to other artists of that period, like Cream or Jimi Hendrix Experience.

With help and promotion from Jim Simpson, the legendary Henry’s Blueshouse opened inside the Crown Hotel in central Birmingham in the same year the band formed. The Bakerloo Blues Line was the first headliner to open the venue, which became famous for its Tuesday jam sessions with Rory Gallagher, Zepp, and many others. It hosted performances from touring blues legends like Arthur “Big Boy” Crudup, J.B. Hutto, Gary Davis, and Son House.

1968 continued to be a good year for the band; Simpson included them on the now-famous “Big Bear Folly Tour” alongside acts Locomotive, Tea And Symphony, and Earth (who would later change their name to Black Sabbath). Before the year ended, the group appeared as the support act for the debut of Led Zeppelin at London’s famed Marquee Club on October 18, 1968.

A few months after these events, the band shortened their name to BAKERLOO, signed to the fledgling Harvest Records, and released their first single, “Drivin’ Bachwards“/”Once Upon a Time“. An unknown session drummer was used on the recording, Keith Baker had yet to join the band, and oddly a dispute about the record still exists today. According to some respected dealer’s forums and music-oriented sites, their general consensus is the 45rpm single may have never seen the light of day. Many have never seen a copy in retail circles, but at least one is known to exist, a test pressing once owned by Harvest Records label manager Malcolm Jones.

Harvest Records began as a subsidiary of EMI Group Limited and now belongs to Capitol Music Group, where it still operates as it has since its founding in 1969. In December of that same year, BAKERLOO released their eponymous, début full-length album in a gatefold LP format. The seven-song opus was produced by Gus Dudgeon – one of his first such jobs, he had previously engineered John Mayall’s Bluesbreakers and Zombies – he later gained fame with his work on David Bowie’s ‘Space Oddity’ and the first albums from Elton John and Michael Chapman.

In the years since, the original pressing became one of the rarest vinyl records in the Harvest catalog. In 2000, Repertoire Records remastered and reissued the album with five bonus tracks. Reviews for ‘Bakerloo‘ were mostly favorable, but the band was in disarray by the time the record was issued and the Clempson-Poole-Baker lineup decided to go their separate ways.

Clempson initially sought to form a blues-rock power trio, one that reportedly included drummer Cozy Powell, before electing to replace James Litherland as the guitarist in Colosseum. Poole and Baker also moved on, eventually forming May Blitz, although both departed before the band was signed to Vertigo Records. Terry Poole played with several other bands, including Graham Bond and Vinegar Joe, while Baker bounced from Supertramp to Uriah Heep. Clempson achieved greater fame with Colosseum and as Peter Frampton’s replacement in Humble Pie in 1971.