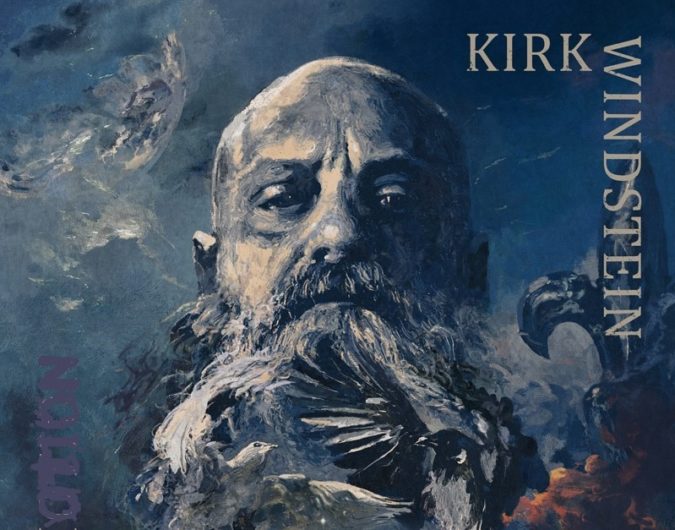 Highly respected and revered sludge metal mainstay Kirk Windstein, the founder of New Orleans’ legendary Crowbar, is making good on a longstanding aspiration of his.

It will manifest in the form of the Riff Lord’s first-ever release as a solo artist, ‘Dream In Motion‘, due to arrive January 24th, 2020, from Entertainment One (eOne). Over the span of his three-decades-plus career, Windstein has fronted Crowbar since 1990, was a member of Down, and remains one part of Kingdom Of Sorrow. Despite the creative outlets at his disposal and thousands of worldwide live shows, an itch to stretch his creative wings burned within him all the while.

With a mission to exorcise this muse, the singer-guitarist has worked on a solo album for the past two years. Recorded in Windstein‘s native Louisiana between tours and over holidays, ‘Dream In Motion‘ promises to be a powerfully moving recording. Kirk handled all vocal duties, guitars, and bass on the album, with drums and effects by longtime producing partner and collaborator, Duane Simoneaux (Crowbar, Down, Exhorder). The resulting effort is one foregoing downtuned heaviness for simpler power chords in standard tuning, clean tones, and intricate five-string bass work.

As for his decision to record a solo album, Windstein states:

“The idea to record a solo album started out as, ‘I’m going to do an acoustic record,’ but that’s just so cliché, you know? Nothing against that, but it’s been done a million times. But I had been thinking about doing something a little more mellow for some time. It’s something I wanted to do, I needed to do. It’s another side of my songwriting, my personality. It’s another side of me. It’s something I did for myself. It’s not even that this isn’t heavy, because there are bits and pieces that are very heavy. But even the heaviest riff on this is something I couldn’t really do in Crowbar. If some Crowbar fans don’t like it, I’ll understand. But I hope people dig it.”

With today’s revelation of the ‘Dream In Motion‘ album details, a taste of what Kirk’s solo effort holds in store can be experienced now. The album’s first single, the title track “Dream in Motion“, is presented via an official video directed by Justin Reich  (Black Label Society, Royal Thunder).

Windstein and friends will celebrate the impending release of ‘Dream In Motion‘ with a special hometown listening party on December 28th at Riffer Madness in Jefferson, Louisiana.

The début solo album from Kirk Windstein, ‘Dream In Motion‘, will be released on January 24th, 2020, from eOne and is available to pre-order HERE.