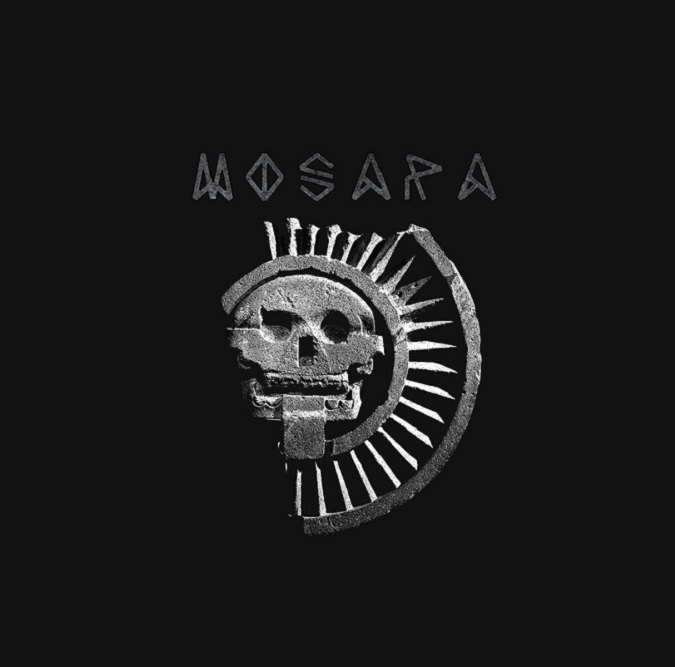 Out of the Sonoran desert comes MOSARA‘s raw and bludgeoning 2019 two-track demo. Originally formed in the Phoenix, Arizona area in the early 2000s, MOSARA was reformed by original guitarist and vocalist Tony Gallegos (Twingiant) in late 2018.

The current incarnation of the doom quartet includes Nikos Mixas (Twingiant) on guitar, Kristoffer Reynolds (Beira) on bass, and John Quin (Authority Zero, Secrets of Lost Empires) on drums. MOSARA uses doom as a foundation for its heavy, imaginative wandering.

Through the bludgeoning riffage, one gets the sense MOSARA is confronting something very primal and angry – but it also moves on to moments of beauty and clarity. In this way, the demo reminds me of early efforts by Yob and Neurosis.

Of the two tracks, “Clay and Iron” emerges from the sandstorm as the demo’s shining gem. The five-minute track begins with a punishing caveman riff (think of being stoned in the head by a Neanderthal) that would make Conan proud. We move on quickly to a rad twin-melody by Tony and Nikos, as we move into the rest of the track. The final movement of the song veers off into some Sword-y goodness with a couple of rad solos to boot.

The demo was recorded, mixed, and mastered by Jalipaz Nelson at Audioconfusion in November of 2019. MOSARA will begin recording their full-length in the first half of 2020. With a promising demo like this, I’m sure we’ve got a lot to look forward to from the Phoenix doom quartet.

You can hear the MOSARA songs streaming via Bandcamp above, as well as check out their upcoming live dates below: