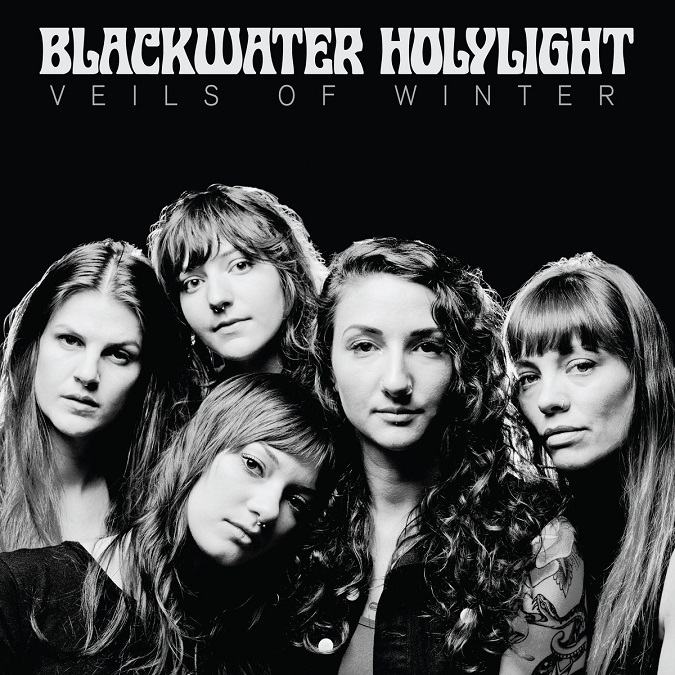 The Pacific Northwest region of the United States may be known for its dismal cloudiness and seemingly incessant rains, but it has also become quite known for its music and a uniquely distinct sound.

Much of that was tossed into the spotlight during the rise of the Nineties’ era grunge music, but even it was corrupted by a much darker, depressive take on the doom genre in time. With everything from traditional, to atmospheric, as well as funeral doom and sludge making its presence known, there is a free-for-all in heaviness continually taking place.

One of the better and more alluring collectives to come forth of late has been Portland, Oregon-based quintet BLACKWATER HOLYLIGHT. Formed in 2016, their take on hazily encased psych-doom is quite the irresistible force. In October of last year, the band released their sophomore studio album, ‘Veils Of Winter‘, via RidingEasy Records. There is a news announcement correlating to the record, but we will get to more on that in a moment.

You will also find there today’s previously alluded to an announcement from BLACKWATER HOLYLIGHT concerning tour plans. The group reveals they are planning to embark upon a West Coast headline trek in March 2020, to support their 2019 release, ‘Veils Of Winter‘. Find the itinerary detailed below. ‘Veils Of Winter‘, available on LP, CD, and digital download, is out now from RidingEasy Records.