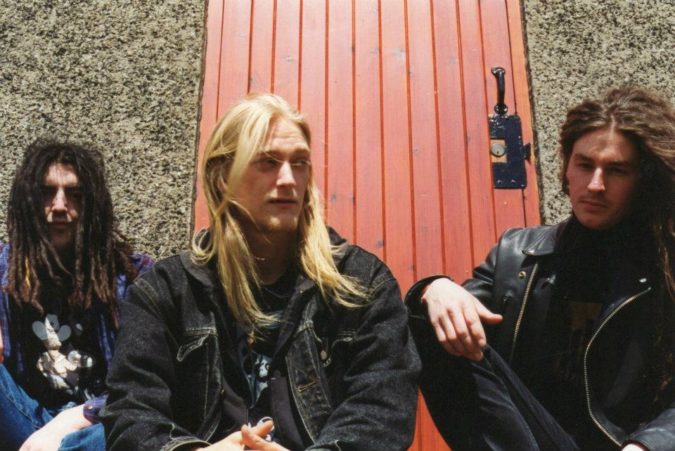 If you were a well-rounded, able-bodied metalhead active in the Eighties, then you already know two styles of heavy metal dominated that decade: thrash and death.

The first, thrash metal, truly came into its own during those years, with every legendary old-school band arriving then. From The Big 4 (Metallica, Anthrax, Megadeth, Slayer) to such mainstays as Overkill, Flotsam & Jetsam, Nuclear Assault, or Testament, they came, they saw, and they thrashed. For the death metal genre, it was no different as Death, Entombed, Morbid Angel, Suffocation, Carcass, and countless others also arose from the decade.

Near the tail end of it, just prior to the unavoidable rise of new musical styles like grunge and nu-metal, an entity from the U.K. would barely eek in as the Nineties loomed. Hailing from Aberdeen, Scotland, KORPSE (not The Netherlands’ act of the same name and spelling) came into existence in the year 1989, and consisted of Ian “Fluff” Andrew (bass, vocals), Ali “Taff” Barber (drums), and Paul “Sid” Brew (guitar). Right from their emergence, it was evident that the trio had something different about them, their take on extreme metallic brutality was unlike the myriad acts in the norm.

Sure, KORPSE was heavy as all get-out and twice as savage, comparable to say Massacre from the U.S.’ own originating grounds in Florida. At the same time, they were not shy about incorporating seam-busting amounts of groove, ala Pungent Stench, into their music. These facts were abundantly clear by means of their 1991 independently issued, 6-song, single-sided ‘Demonstration Tape‘, also known as the ‘Mauler‘ demo. This was followed two years later by another independent item, the “X” single, and its B-side track, “Rusted“.

By this time, KORPSE had generated buzz in the underground and record labels had begun sharing their interest in signing the trio, and in time one did, Candlelight Records. It was there that they released their debut studio album, ‘Pull The Flood‘, in 1994. The album was a bit divisive at the time, depending on which camp you colluded with. It seemingly outraged the more elitist death metal purists who heard it, mostly due to its knack for experimentation with non-death metal elements in the music. On the other hand, this is also why it appealed to the more open-minded extreme metal fanatic.

With unexpected twists and turns galore throughout its eight songs – though mistakenly counted as nine on some editions – ‘Pull The Flood‘ was an impressive first time out. That said, the debut barely scratched the surface of the potential within KORPSE, as fans would soon come to realize. The band returned with a sophomore record in 1996, ‘Revirgin‘, released once again through Candlelight Records. It seemed the trio had somewhat streamlined their overall musical direction, as some of the more manic qualities of the preceding album were absent. What was not missing was the groove-driven fluidity and tight-knit state of the songs, which still covered a lot of musical ground nonetheless.

A better vocal presentation with cleaner enunciation and the infusing of more psychedelic leaning audible qualities; yes, those were just some of the noticeable differences. Unfortunately, the sophomore KORPSE album became a swansong for the band, and for unknown reasons they broke up in 1996. KORPSE remained in this disbanded state for over fifteen years, but did eventually reactivate in 2012, and have played sporadic shows since.