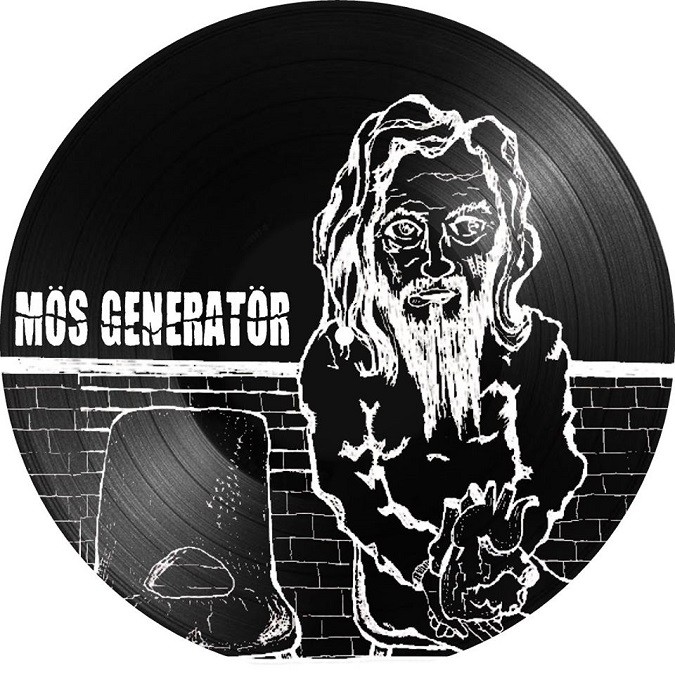 Port Orchard, Washington’s MOS GENERATOR was about to prepare for some tour and festival dates when the pandemic hit in 2020. Rather than sitting idly staring out the window after those plans were canceled, guitarist and vocalist Tony Reed has been spending his time becoming more productive than a Tesla coil. “Prolific” doesn’t seem to be strong enough of a word to cover it all.

It can occasionally be difficult to keep up with Tony Reed news, especially if you take into consideration all the bands he is currently involved with. From 2019 until now, MOS GENERATOR alone has let loose multiple records, including the live ‘Night Of The Lords‘ (May 2019) from Devil’s Child Records’ Bootleg Series, a self-released remastering of ‘The Late Great Planet Earth Suite‘ (Sept. 2019), the ‘Exiles‘ EP of outtakes and covers (Oct. 2019), a full album jam session ‘Spontaneous Combustions‘ (Dec. 2019), plus a new MosGen teaser cover track for an upcoming Glory Or Death Records series ‘Bow To Your Masters Vol 2: Deep Purple‘ (song released June 2020), and finally a split 7″ single ‘Covering Queen‘ (July 2020) with VoidVator . ::takes a deep breath::

If you tack on all the other bands he’s part of that have recently released music, we can include his old band TwelveThirty Dreamtime ‘Dreamsongs Vol 2‘ compilation (Jan. 2020), then the ever-evolving Big Scenic Nowhere ‘Vision beyond Horizon‘ (Jan. 2020) release. Then there are his solo endeavors; with his long-ago band Constance Tomb now finding release with ‘1988‘ (April 2020), and his acoustic record currently being wrapped up for release through the new Ripple Music ‘Blood and Strings: Acoustic Series’.

Now aside from all of those, let me twirl back to the MOS GENERATOR news for today, as we have TWO MORE releases in the works. Both of these new releases were mixed and mastered at his HeavyHead Recording Company. One album is completed (more on that further below) and another record was just announced this morning.

Today’s announcement is a new 12″ EP entitled ‘I’ve Got Room In My Wagon‘, due out on September 4, 2020 – from H42 Records. The label says this will be a special Collectors Item, limited to 250 copies, with an exclusive silk-screened B-Side.

Jürgen from H42 Records wanted to share: “After 5 years of teaming up for several releases, it is always a pleasure and a big honor for us to work with Tony on a new project.“

With four songs in total on ‘I’ve Got Room In My Wagon‘, they include a cover of the Hüsker Dü song “Diane“, featuring the great Bent Saether from Motorpsycho on bass.

The other songs are what Tony Reed calls ‘the plundering of the vaults‘. Taken from his side project HeavyPink, “Flower & Song” is a live demo from 2017, that was being re-recorded for the Mos Generator ‘Shadowlands‘ album but never made it past this demo. The remaining two songs, “Slow/Moody” and “Early Mourning (live at Freak Valley Festival)“, were both previously issued only on cassette by H42 Records in the deluxe edition of a split 7” with Daily Thompson in 2015.

The record cover art was done by Mike the Pike in the style of the Pettibon / SST records album covers. You can watch a quick teaser from Tony’s HeavyHead Recording Studio for a taste of what’s on the record:

‘I’ve Got Room In My Wagon‘ from Mos Generator will be available in vinyl format from H42 Records on September 4th. It’s a limited pressing of 250 copies in the following options:

Pre-orders will be live on August 14th through the label’s webstore at h42records-shop.de

While it was sitting in wait for an entire season for those canceled tours of 2020 to commence, a new MOS GENERATOR record recently came out without fanfare only a few weeks ago.

‘Strange Powers, Astral Projection, Reincarnation, and Spiritual Healing through Sonic Vibrations‘ is the full title of a new compilation album featuring a special collection of songs from their Listenable Records releases. With artwork layout by Joshua M. Wilkinson, you can learn more about the album from Tony Reed himself:

“Strange Powers is a compilation album featuring songs from our three Listenable Records releases from 2014 – 2018. Music Abuse Records (my record label) decided to put this collection together, with permission from Listenable Records, to sell at live shows only with no online distribution.

With the recent spread of the Coronavirus and most of the world on lock down, we have had to cancel all our shows for the foreseeable future and that will of course hurt the immediate sales of this limited release. Listenable Records have agreed to let us offer this for sale online with the hope that we can still get this package to the people that we think would enjoy it most.”

Side A:
Shadowlands
Catspaw
Breaker*
Easy Evil
Drowning in Your Loving Cup

The songs “Shadowlands“, “Drowning In Your Loving Cup“, “Stolen Ages“, and “The Blasting Concept” all taken from the album ‘Shadowlands‘ (May 2018).

Now that is a full dozen music releases put out in only a little over one year, plus whatever I may have missed in the list…