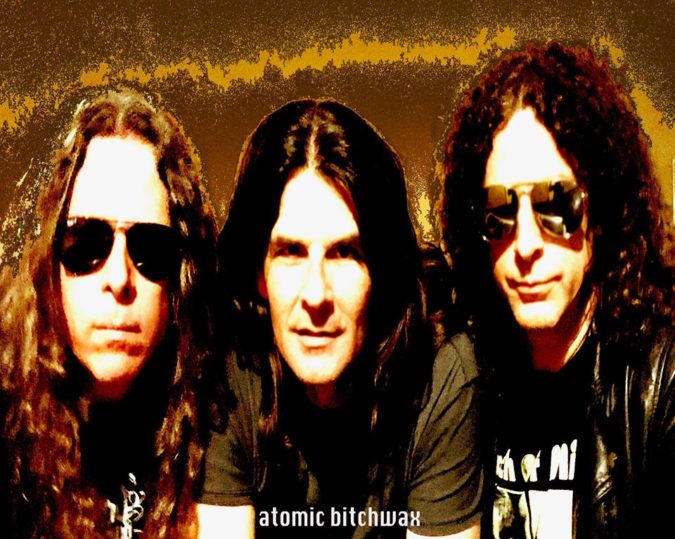 Titled ‘Scorpio‘, it will arrive August 28th from Tee Pee Records and is the band’s first outing with guitarist Garrett Sweeney. Replacing former guitarist Finn Ryan (Core) after his exit in 2018, Sweeney joins Chris Kosnik (bass, vocals) and Bob Pantella (drums) for the next phase of T.A.B. The three are no strangers to one another, though, having shared time in the current incarnation of Monster Magnet until Kosnik’s recent exit from the band.

The follow-up to 2017’s ‘Force Field‘, ‘Scorpio‘ was tracked earlier this year at Sound Spa in Edison, NJ, with engineer Stephen DeAcutis. The new album continues the furious charge of recent releases from THE ATOMIC BITCHWAX within its spectacular ten tracks of molten rock. Interesting factoid: The album’s intro song “Hope You Die“, is a reboot of the first song the band ever wrote with vocals, with the remaining nine originals.

Formed in the mid-’90s by Chris Kosnick, drummer Keith Ackerman, and former Monster Magnet / 9 Chambers guitarist Ed Mundell, THE ATOMIC BITCHWAX began life as a regional jam band. Steadily the band rose through the ranks as their mythos also elevated, bolstered by stellar records and over-the-top live performances. Mundell would eventually depart T.A.B. in 2004, thus opening the door to the entrance of Finn Ryan, who remained there for 15 years.

With multiple U.S. and European tours under their belts, along with countless festival appearances, T.A.B. is well revered for its rock prowess. Now twenty-some years gone by, with a new guitarist on board for the ride, THE ATOMIC BITCHWAX is one of the best at what they do. That is rock of course, as evidenced in their official video for the new album’s title track, “Scorpio“. Find it streaming below along with the particulars of the album from which it hails.

The new album from THE ATOMIC BITCHWAX, ‘Scorpio‘, is set for release on August 28th from Tee Pee Records. You can find pre-order options [HERE].