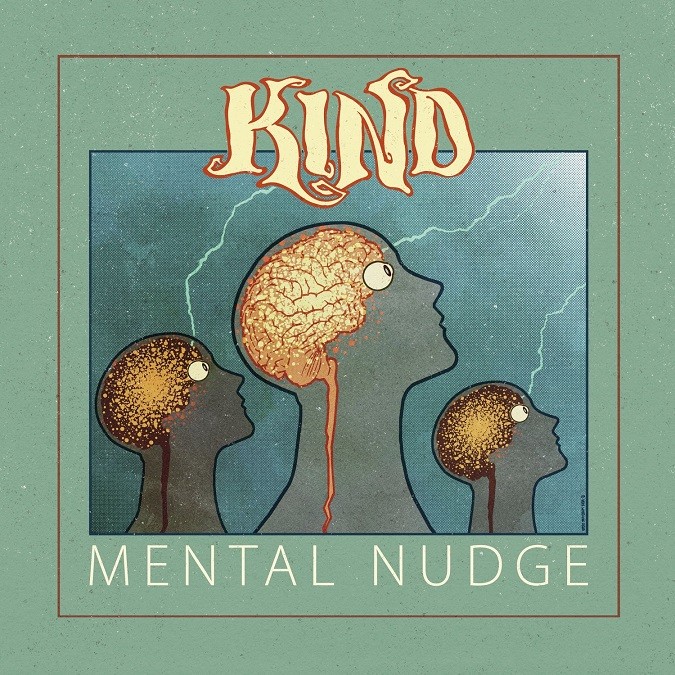 The Boston, Massachusetts-based stoner rock quartet KIND is back with their sophomore album ‘Mental Nudge‘, due out this September 11th on Ripple Music.

Staying true to their sound but expanding their sonic palette, KIND has crafted seven new songs that cover the aural spectrum, from the indie-rock influenced “Helms” to the full-on doom of “Trigger Happy” to the rock bombast of “Broken Tweaker,” all capturing the effortless interplay between the instruments and Craig Riggs‘ powerful vocals. The result is a wall of sound that shows the talent and experience these musicians continue to bring to the form.

We have for you the first single, “Bad Friend“, which is track three off the new record and streaming via Spotify below. With eye-catching album artwork designed by renowned artist Alexander von Wieding (Monster Magnet, Karma to Burn, Brant Bjork), it ties up the themes of the songs in a striking visual representation, the ‘Mental Nudge‘ album will be released on September 11th and is available now to pre-order in the following formats:

After entering the studio to demo new material a couple of times in between tours over the past few years, KIND booked time at the venerable Mad Oak Studios in January 2020, with Alec Rodriguez (Lesser Glow, Forn, Chelsea Wolfe live sound) behind the boards once again to track ‘Mental Nudge‘. Rodriguez deftly managed to capture the interplay between the instruments and the powerful vocals of Riggs, resulting in a clear yet heavy recording of the new material. The record was expertly mastered by Carl Saff at Saff Mastering, providing a powerful final master.