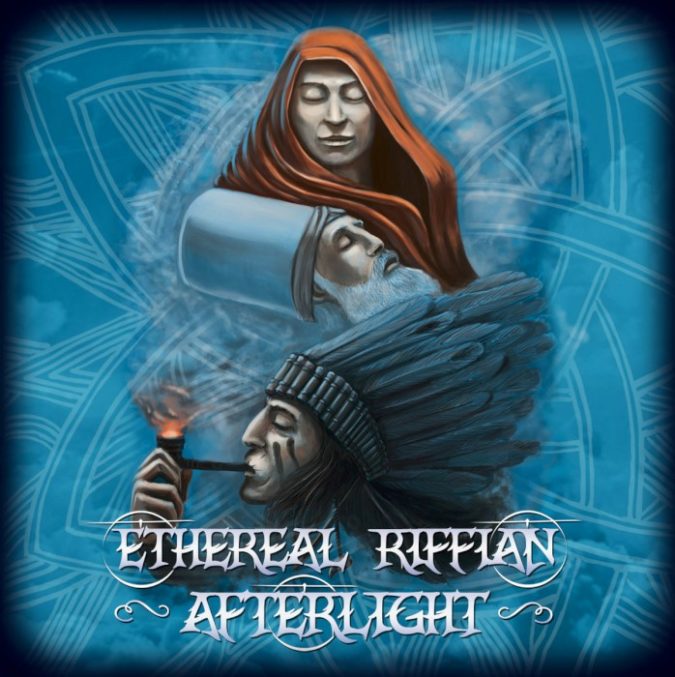 The self-release is a conceptual work with its main theme being spiritual liberation in different spiritual traditions, namely – Shamanism, Buddhism, and Mysticism.

“Since 2013 I’ve wanted to have a single release that can give a versatile overview of the band’s creative work – its music, philosophy, approach to limited editions and live potential.  And now we have it.

With this release we, on one hand, aim to crystallize all our work and ideas since the inception of the band, and on the other hand, we want to show the quintessential component which unites all spiritual paths.  For the band, this release marks the end of the first chapter in its history and the beginning of the new one.”

‘Afterlight‘ comes in unique formats, elaborated by the band (limited edition DVD-book and discography) and can be purchased for pre-order prices, along with three exclusive limited-time offers via the band’s Bandcamp page: http://etherealriffian.bandcamp.com/.

Pre-sale will be active from 17.VII.2017 to 17.VIII.2017. Upon the end of pre-sale, limited-time offers will expire and prices for other items will be increased. Watch the official teaser video of the ‘Afterlight‘ DVD and the insightful clip of how the limited editions were created (Six months of work in just three minutes):