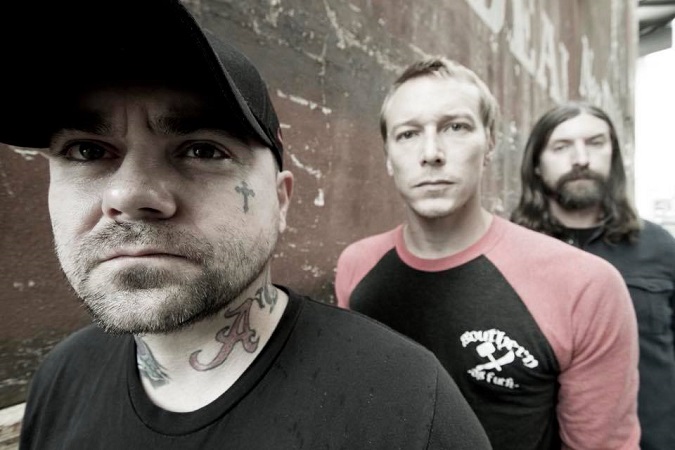 Birmingham, Alabama’s BEiTTHEMEANS are one of the more promising acts to arise out of the heavy rock underground, in my opinion anyway.

The trio of Josh Jones (guitar, vocals), Nathan Kelley (drums), and Casey Wilson (bass), has been plugging away now for over a decade. Over the span of three full-length studio albums – 2008’s ‘Crude Alabama Storytellers’ and a pair of offerings in 2014, ‘Head Held High’ and ‘Marble City Secrets Are Off In The Black’ – plus a new single, “God Wears A Houndstooth“, the guys are the epitome of blue-collar, working-class, southern rock and roll.

They take those musical roots and augment them with heaps of blues, alt. country, and contemporary rock elements. BEiTTHEMEANS are as real life as it gets when it comes to their music, as they sing about the trials, temptations, and tribulations of the Every Man. They also play their hearts out live, with potent onstage energy and fury, delivering jaw-dropping performances culled from the collective bond they tap into.

Recently, I was able to catch BEiTTHEMEANS live for my first time, something I’d been trying to make happen for several years. Out on the road with ASG and LO-PAN, I caught the tour at The Riffhouse in Chesapeake, VA. It was at this stop that BEiTTHEMEANS‘ front-man, Josh Jones, and I had an exciting on-camera exchange.

We discussed a multitude of things related to the band, including current events, southern upbringings, the Crimson Tide (of course), and more. Check out our discussion below. Before you do, there’s been a BEiTTHEMEANS tour announcement in recent weeks. September will see the band providing direct support for MUSTASCH on a full-scale North American trek.

Talk about what promises to be an amazing tour! You can find all the dates listed below the video. With that, we invite you to check it out…