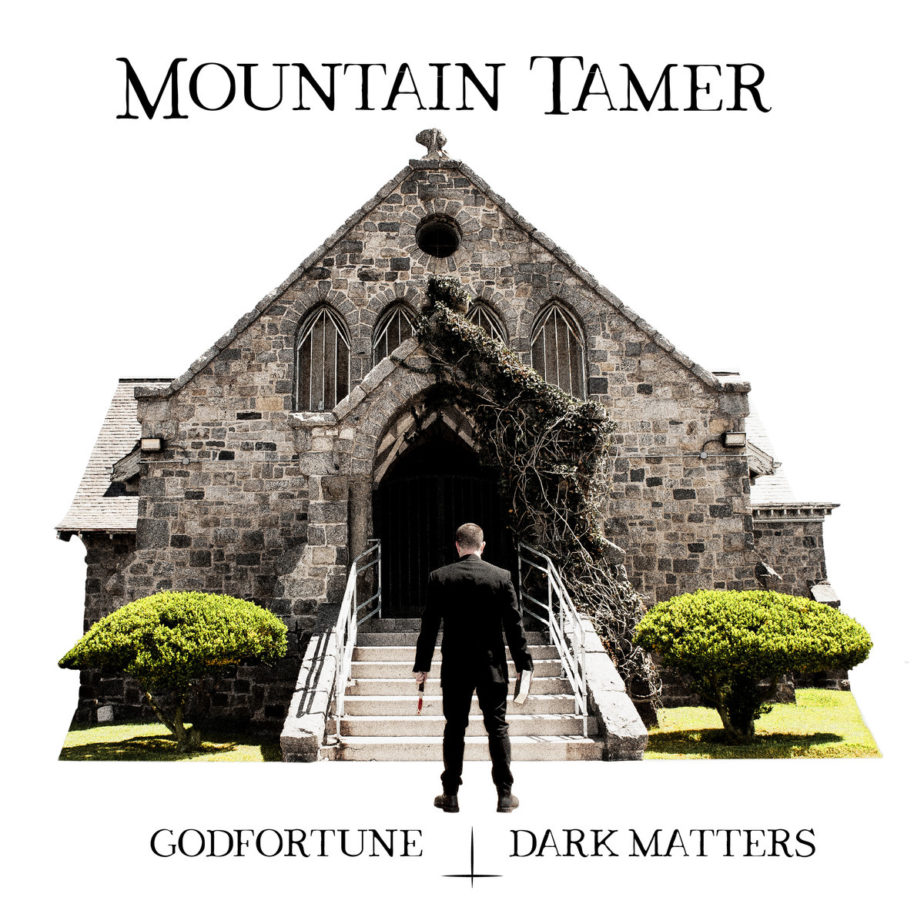 Dropping this past Friday, August 24th, the sophomore record from the trio of Andru Hall (guitar, lead vocals), Casey Garcia (drums, vocals), and Dave Teget (bass, vocals) is guaranteed to increase the band’s fan base.

‘Godfortune//Dark Matters‘ follows MOUNTAIN TAMER‘s earlier ‘MTNTMR’ demo and self-titled album offerings. The band had this to say about the new opus:

“We approached this album differently (than their previous album) in a lot of ways. We made a conscious effort to write more for a listener and less for ourselves, trying to simplify our structures a bit and get our ideas across more directly. That resulted in a heavier and more tangible record than our last release.

“The theme of Godfortune//Dark Matters was not something we thought of initially but something that developed naturally as we wrote. There is definitely a dark theme and a lot of the lyrics deal with anything from political and social injustices to Satan himself riding through the desert in human form.

“The last two years we have lived in a loft space with a studio that we built. We were lucky enough to have Bobby Parker of Salem’s Bend come to our house and do a lot of the basic tracking there which was a totally new experience that really set an awesome vibe and allowed us to just focus on making a great record.”

Riff Relevant is pleased to present the ‘Godfortune//Dark Matters‘ full album stream at this time. It arrived via Magnetic Eye Records on August 24th, while purchase options are available HERE.

You will find this new recording is chock full of psych-infused stoner rock and proto-metal awesomeness. It flows with heavy and melodic qualities simultaneously, while traversing a realm of vintage rock with modern production. Simply put, ‘Godfortune//Dark Matters‘ kicks ass… and sounds great doing so!

Also, make sure to check out MOUNTAIN TAMER‘s recently released official video for “Faith Peddler“, a track from the new release, below.