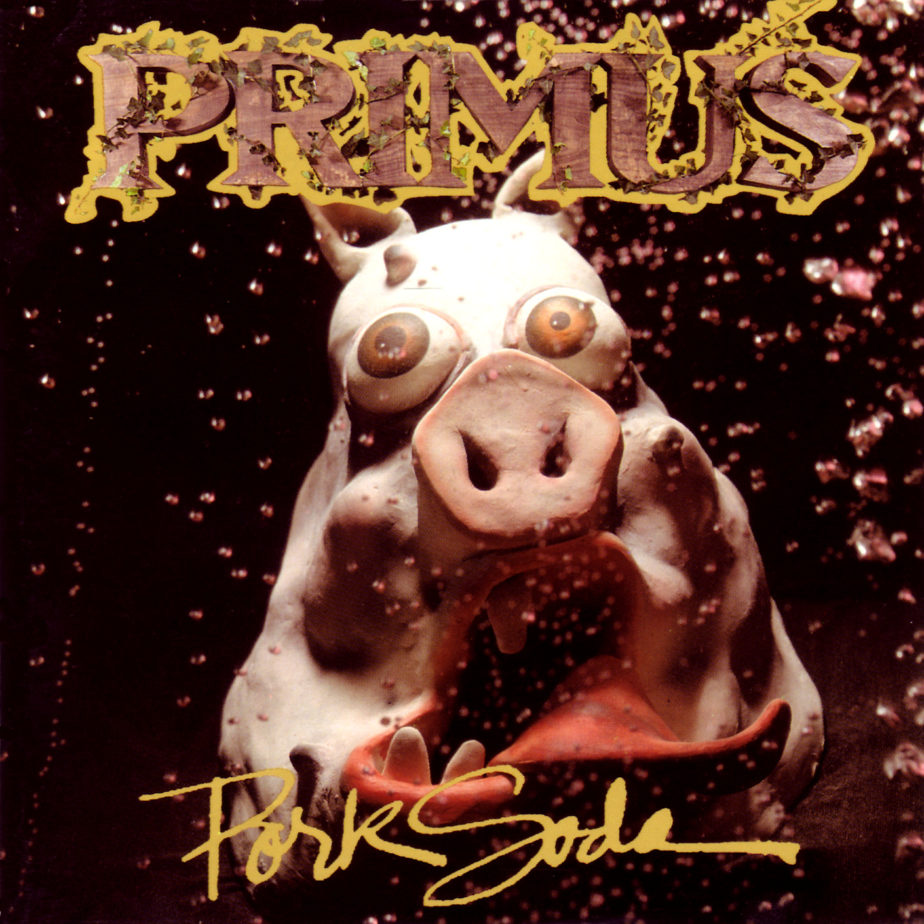 The platinum-selling 1993 album release from PRIMUS, “Pork Soda“, will receive a new vinyl pressing to be released on November 2nd.

At the time of its original release, PRIMUS‘ third studio album was a much darker record than previous efforts, one featuring lyrics dealing with murder, suicide, and alienation. Musically, it was the trio – bassist and vocalist Les Claypool, guitarist Larry LaLonde, and drummer Tim “Herb” Alexander – creatively at their very best.

The guys repeatedly step out of their signature sound’s comfort zone, yet the results are remarkably astounding. Songs such as “Mr. Krinkle“, “DMV“, and the instant classic “My Name Is Mud“, in their official video formats, made successful jumps to MTV airplay at the time.

“…The label is re-releasing a bunch of the Primus records for vinyl box sets, and it’s funny to hear the contrast in the records. We were always experimenting because we’re kind of dumb. Like, for the Brown Album [1997, Interscope], we used the tape machine and we hit it way too hard, and the tones are all farty—but it has this certain quality.

The record industry is a whole new ballgame now; records have become almost promotional items so you can sell concert tickets and T-shirts. We’re lucky because people have always wanted to come see us waggle our fingers and stuff. Our record sales are still a fraction of what they used to be, but we put everything on vinyl now, because that’s one way to get people to buy something physical.”

Definitive news or information about these planned releases has yet to formally materialize. PRIMUS also has upcoming tour and festival dates for September and October. All currently confirmed dates are below. Tickets are available via PRIMUS‘ website [here].