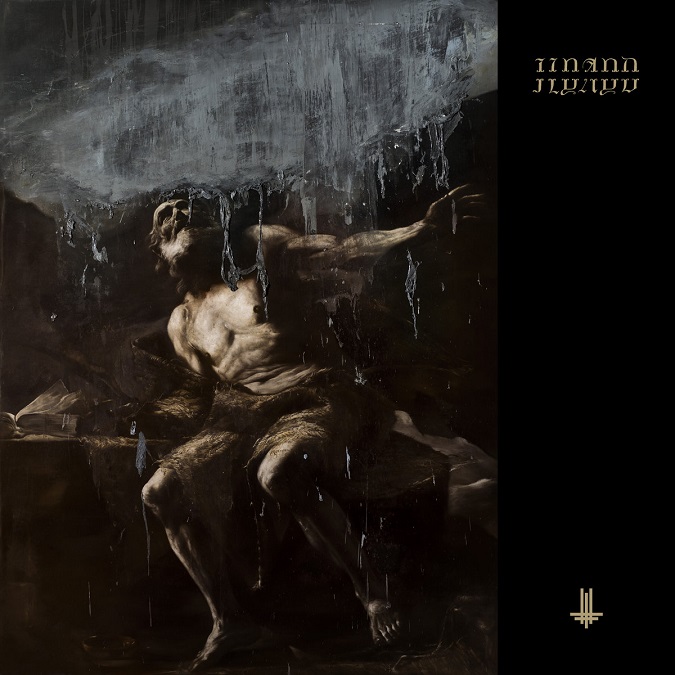 It should be noted, although I have a wealth of writing experience, I have virtually no background in musicianship or how to play an instrument. This presents a unique challenge when writing about music. If I like a band, I try to gauge their style and present them in the most flattering light possible.

When a band puts forth something truly monumental, I attempt to exert equal force, out of respect for what has been presented to me. BEHEMOTH commands such regard, so it is only appropriate I review the album twice. Once after a few listens in isolation; and again after drinking a (un)healthy serving of fancy Absinthe, like a pompous dickhead… just as I’m sure Nergal intended it.

A staple in the blackened death metal community since the early ’90s, the evolution of BEHEMOTH has been gradual, but evident. Listening to ‘And The Forests Dream Eternally’ is a haunting reminder; innumerable bands have torched the scene with a flame of passion, only to be extinguished by the icy waters of kvlt blk mtl bros, clad in corpse paint, shrieking that a substantial following discredits your foundation as a growing artist.

In 2014, BEHEMOTH released ‘The Satanist‘. Many believed it would be the pinnacle of their career, and rightfully so. It was a magnificent conglomeration of heavy music, art, and literature. A streamlined conceptualization of everything the band had come to be, all while in the face of their lead singer and eldest statesman’s uncertain illness.

In the wake of their first massive success, decades into an already impressive career, there was much to be speculated about the direction of BEHEMOTH. Would they go back to their roots and spit in the face of commercial stardom? Or upon realizing their potential, would they plunge recklessly into the abyss of heavy metal cash cows?

‘I Loved You At Your Darkest’ reveals an answer as complex as the band’s reputation for attention to detail. The album’s heaviness is unveiled in an extraordinary fashion. A monument to the fact that death metal can be both ugly and beautiful at the same time and such is the overall dynamic of ‘ILYAYD’. BEHEMOTH use every trick in their book of dark magic to offer up something epic and timeless. A fusion of their black metal roots, combined with rock n roll, accented by splashes of orchestral arrangements.

BEHEMOTH’s experience is what sets them apart from the other talent in metal and does all the heavy lifting on this album. Song by song, it is not their most aggressive music, but the band’s superior execution of tempo and spacing gives it an equally devastating punch. The slower, more melodic guitar work is a setup to their ferociousness.

The symphonic aspects are not recklessly overdone, but rather find themselves appropriately placed, serving to highlight crowning moments of anticipation. Perhaps it’s a byproduct of the trio being familiar with classic literature, but ‘ILYAYD’ exhibits a firm grasp on the template of rising action and climax within the confines of overall production.

BEHEMOTH has gifted us with two undeniable (three, as far as I’m concerned) 10/10 albums in succession. There isn’t any need to tear down the reputation of one album to make room for another, but make no mistake about it, ‘I Loved You At Your Darkest’ is the most enthralling version of this band we have ever seen.

Welp… looks like fuckin’ BEHEMOTH did it again. Everybody said there was no way they would top ‘The Satanist’, but not everybody is a Polish wizard who has been banging on a guitar for the last 30 years. ‘I Loved You At Your Darkest’ is a band pushing forward in the aesthetic presentation of their visuals and the musical composition of their songs.

It would be easy to back down from topping an album that was a total masterpiece and easily one of the top blackened death metal albums of all time, but BEHEMOTH doesn’t exist to toil in irrelevant scene-bred persecution. They went for the throat.

Let me give you a stream of conscious breakdown of what I took in on my third listen: ‘Little kids doing creepy shit’ intro. “Wolves ov Siberia” is heavy as hell and they named a beer after it, too (I gotta get my hands on that beer).

“God = Dog” kicks in and even though I saw a super elaborate video for this lead single, it sounds ever more dynamic without being sidetracked by the theatrics. (Video included below.) “Ecclesia Diabolica Catholica” rocks awesome black n roll. Some sweet fucking trumpet instrumentation reminiscent of (but not copying) ‘The Satanist’.

AHHHH, “Bartzabel” is next. Just saw a video for this, too (also below). Similar to their first single, this video is really over the top. Slowing it down a bit with some monkish chanting and shit like that. I wonder where Nergal gets these sick costumes. They’re probably custom made. But what happens to them after the tour cycle (I gotta get my hands on that sweet evil Pope headdress)? No chance, he probably wears them around Poland, casually.

“If Crucifixion Was Not Enough…” hahaha, what a dick title. Usually, if you nail somebody to a cross, it’s enough. In a lot of ways, this song serves to represent the meat of what BEHEMOTH is all about these days. The vocals are as brutal as ever and the music is heavy, but it’s being finessed in a way that makes it sound superior to the status quo.

“Angelvs XIII“. Ok, so I heard some mustached crybaby bitching about this song on YouTube. I don’t do this for a living or anything, but if you think the band sounds awkward or lost within the context of this song, well… you sound lost and awkward in the context of your stupid channel where you feel it is necessary to slash at a band’s progress for the glorification of your own ego.

“SABBATH MATER“!!!! Do a double-take, this is one of my favorite BEHEMOTH songs ever. One of their best melodies and heaviest end riff in one song? “Havohej Pantocrater” mixes the little kid gang vocals, crazy shouting, black metal, and rock n roll. Even in the latter half of their album, BEHEMOTH is doing stuff that’s not gonna be a single, but it still aggressively seeks to impress. There’s all kinds of fucking craftsmanship to putting these multi-layered pieces in order.

“Rom 5:8“. Nergal sounding like a total beast, juxtapose with some ov their more melodic instrumentation. “We Are the Next 1000 Years” and “Coagvla” (outro) close the album on a note of triumph. My only minor complaint is the outro was such a marching anthem of glory, that it seemed a bit rushed clocking in under three minutes. That easily could have been a heroic 12-minute finale.

The table is set, the gifts are ready, let us give thanks to one of the few bands that obsessively push their own boundaries with pure domination in mind. HAIL BEHEMOTH.

Order ‘I Loved You At Your Darkest‘ on Metal Blade Records [HERE].

1 thought on “BEHEMOTH ‘I Loved You At Your Darkest’ Album Review (x2) & Stream; US/EU Tour Dates w/ AT THE GATES, WITTR”