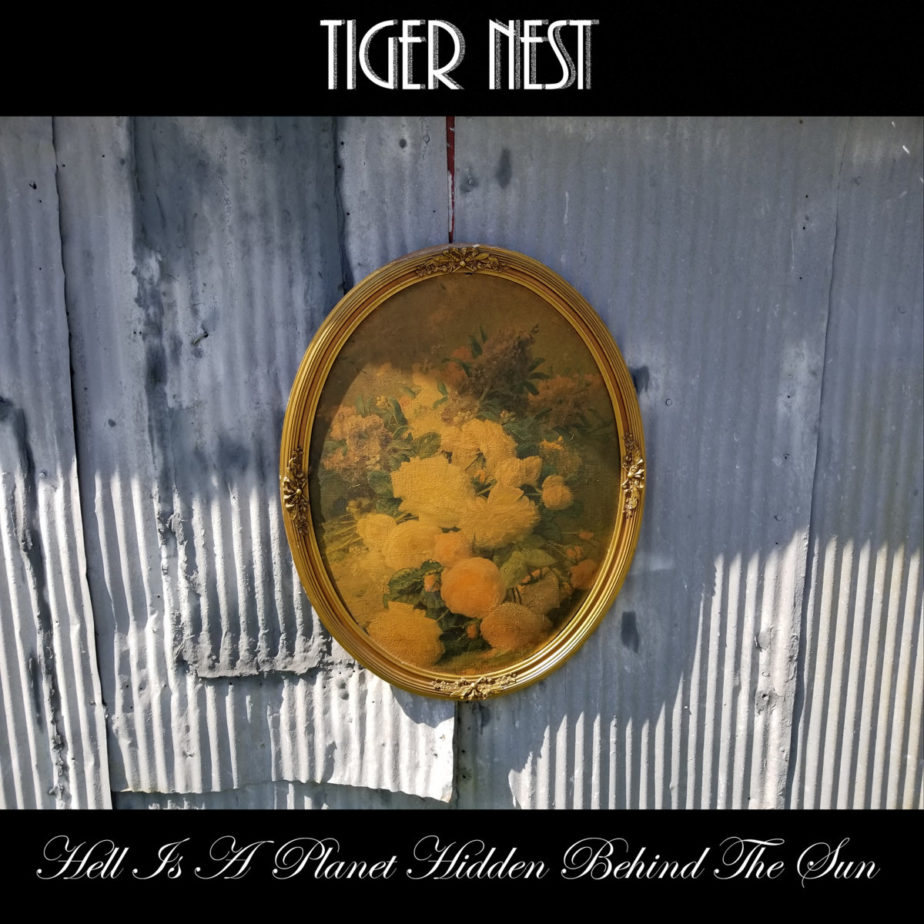 After my discovery of the Kentucky-based TIGER NEST last year, and a subsequent review of their 2017 self-titled outing [HERE] at Riff Relevant, the duo are back.

They returned in July with a new recording, ‘Hell Is A Planet Hidden Behind The Sun‘, but FYI – they actually released another full-length album, ‘The Great Southern Death March‘, between last year’s S/T and this latest offering. I guess you could say that TIGER NEST is either exceptionally creative… or just have too much damned time on their hands.

I am going to opt for the first reason, doing so because I know that TIGER NEST is actively crafting music yielded from a productive fire that seems to burn without restraint. Nor does it seek to scorch the ground of any singular, or particular style, genre, type, or what have you, as last year’s outing was a more overtly psychedelic affair.

These tracks bludgeon you like the dulled side of a battering war-hammer, using the blunt force of their savagery to pulverize you to a pulp. Need something to draw a vague comparison to? Think early High On Fire meets Lair Of The Minotaur on a battlefield conquered by Conan.

The other half of the album, the three remaining cuts: “‘68 Nova“, “The Doombreather” and “Part II: Rust“, return to the not-so-lost, or forgotten, psychedelic roots of TIGER NEST. I especially dig the space rock expanses traversed within the stellar instrumental “‘68 Nova“, for they hint nicely at the underlying capabilities this duo possesses.

After all, ability and execution are what TIGER NEST always excels at, and in doing so, establish their knack for manipulating aspects from wide-reaching sources (genres) as their inspiration. When they do, they meld them into something that is quite all their own, and resistant to being pigeonholed into one limiting category.

Experience this for yourself via our stream of the latest offering from TIGER NEST, ‘Hell Is A Planet Hidden Behind The Sun‘, here in this review. Better yet, you can crusade right on over to the album on Bandcamp [HERE] where it, and the band’s previous releases, are all streaming and currently available as NYP (Name Your Price) items.