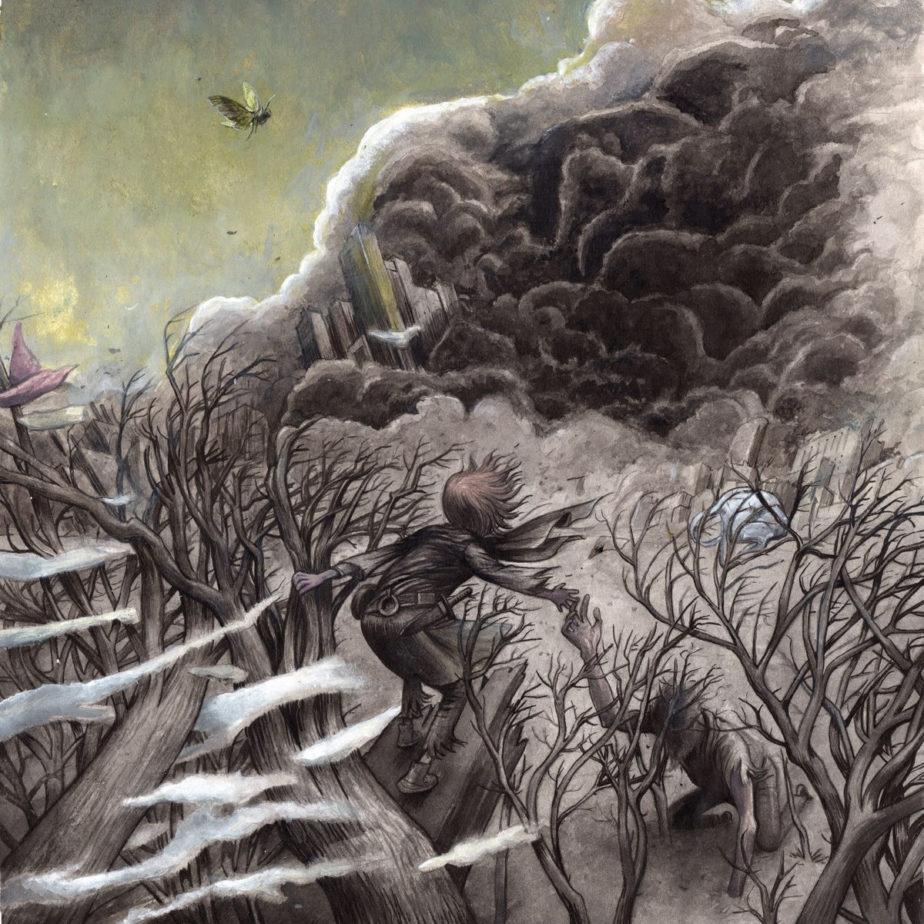 Seattle’s GREAT FALLS announce they will return with their third full-length album before the end of the year.

The release, titled ‘A Sense Of Rest‘, will be issued digitally, and on limited edition 2xLP, on December 21st in the U.S. via Corpse Flower Records. Three colored vinyl variants – smoke, white with green and grey splatter, and standard black – will be available, while Throatruiner Records will handle the European release [LINK].

For anyone that might not be familiar with GREAT FALLS, the post-hardcore / noise rock trio features former members of Undertow, NineIronSpitFire, Kiss It Goodbye, Playing Enemy, and Jesu within its ranks. Vocalist / guitarist Demian Johnston spent his formative years playing bass in legendary hardcore band Undertow, before moving to guitar in the band NineIronSpitFire.

Eventually, Johnston would begin to explore vocals as he and bassist Shane Mehling collaborated in a new band, Hemingway, which eventually evolved into GREAT FALLS. The pair soon recruited drummer Phil Petrocelli (Jesu, Jarboe, etc.) into the fold and have now issued two full-length releases, ‘Accidents Grotesque’ (2013), and ‘The Fever Shed’ (2015), along with multiple prior EPs and splits.

GREAT FALLS prepare to return with ‘A Sense Of Rest‘, recorded and mixed by Scott Evans (Kowloon Walled City, Ghoul, Minsk) at Red Room Recording in Seattle and Antisleep Audio in Oakland, with additional recording by Tad Doyle (Tad, Hog Molly, Brothers Of The Sonic Cloth) at Witch Ape Studios in Seattle. The album was mastered by Carl Saff (Fu Manchu, Rosetta, KEN mode, Child Bite) at Saff Mastering in Chicago and is shrouded in the engrossing artwork of alternative comics illustrator, Farel Dalrymple.

Riff Relevant is excited to share in revealing the ‘A Sense Of Rest‘ album artwork, tracklist, and pre-order [HERE] at this time. Along with these comes the introduction of a new single, “The Accelerationist“, which is streaming below.

On a related note, GREAT FALLS have announced their final live show of 2018, alongside FATHERS, MUSCLE BEACH, and PISSWAND, and set to take place at Black Lodge in Seattle on Friday, November 2nd [Info].