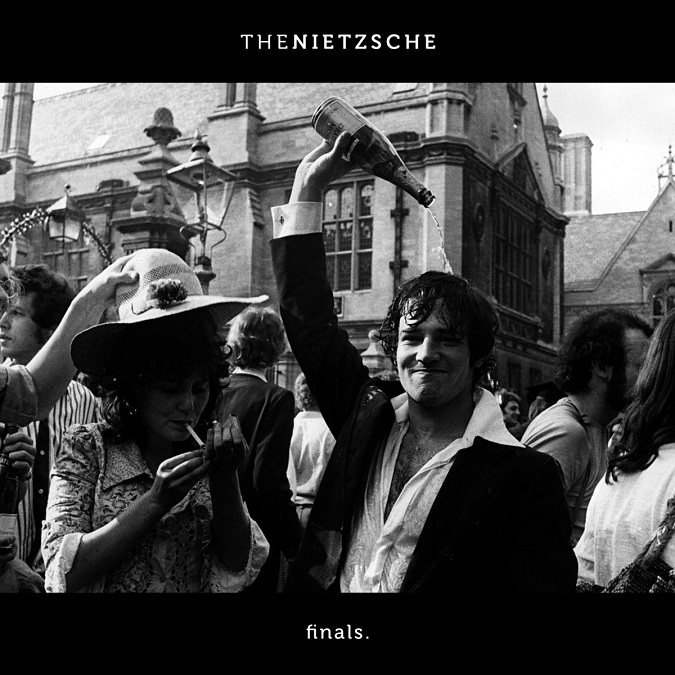 Hardcore, unlike so many other genres and sub-genres of the alternative music scene, is a rather unpredictable beast. Listening to ‘My War’ is a completely different experience from enjoying ‘Laugh Tracks’.

One of the most innovative and rather overlooked scenes, Hardcore is an ever-changing, evolving genre, being about as predictable as a Joaquin Phoenix role.

Released via Venona Records on September 1st, 2018, Ukrainian Hardcore band The Nietzsche’s album ‘Finals‘, which happens to be their third and final EP, is nothing more than a five-song battle cry. With Eugene Tymchyk (vocals), Aleksey Elanskiy (guitars), Dmitry Ulyanov (bass), Vlad Oleynik (drums), and additional guitars and arrangements on this EP by Sergey Lubinsky, anyone with a blood lust for fury and fast tempos will definitely have their hunger satisfied.

‘Finals’ is brutal, no question about it. It’s incredibly brief, with a run time of 14 minutes, 12 seconds. Recorded at Revet Sound by Roman Bondar; mixed, mastered, and produced by Sergey Lubinsky, each track is expertly composed, with every aspect of the instrumentation and production exactly how it should be.

The opening track, “In Kharms Way” encapsulates you with a blanket of sonics. Percussion on this EP has the perfect balance of tone and power. The kick is the engine of the entire operation; it is its own entity, and the rest of the sounds are built around it. The snare sounds something of a compressed shotgun blast and spoiler alert, it’s awesome. Vlad Oleynik, the mad scientist of the drum set, has no shortage of filthy fills on this project.

One all to often overlooked aspect in all genres of music is the bass. The prevalence and power of the bass on ‘Finals‘ is almost disorienting and distracting. There is a specific riff on “Shake your Spear” where everything but the bass subsides, while Dmitry Ulyanov, wizard that he is, thumps out a riveting and wild solo that steals the spotlight for the rest of that song.

Aleksey Elanskiy, supreme leader of the six-string, can’t seem to make up his mind on what he’s playing, nonetheless, whether it’s chunky and jarring on “Dreams 4/17,” fast and polarizing on “Shake Your Spear,” or ambient and ethereal on “Vasyl,” it works. It all works.

Finally, it’s the icing on the cake, with vocalist Eugene Tymchyk. The ferocity of the vocal tracks are outstanding. Tymchyk unleashes a variety of different techniques and there’s even a slight dabble into other genres. The typical hardcore shouting and rapid-fire lyrical succession is showcased through “Emily (Wants The) D,” yet even then he sings strained melodies that create the perfect concoction. The dynamic range of Tymchyk‘s voice is not to be discounted, the Ukrainian Ulysses shrieks as if he’s in excruciating pain and growls with immeasurable rage, all with equal prowess.

At the end of the day, ‘Finals’ is a great release. Any metalhead or punker kid can find something to love in it. It’s quite unfortunate that such an extraordinary group like The Nietzsche decided that ‘Finals’ will be their last release.

However, much like the legendary Hunter S. Thompson had it made at his funeral his remains would be shot out of a cannon funded by Johnny Depp, whilst red, white, blue, and green fireworks exploded in the sky, I couldn’t imagine a better end to an already amazing discography.