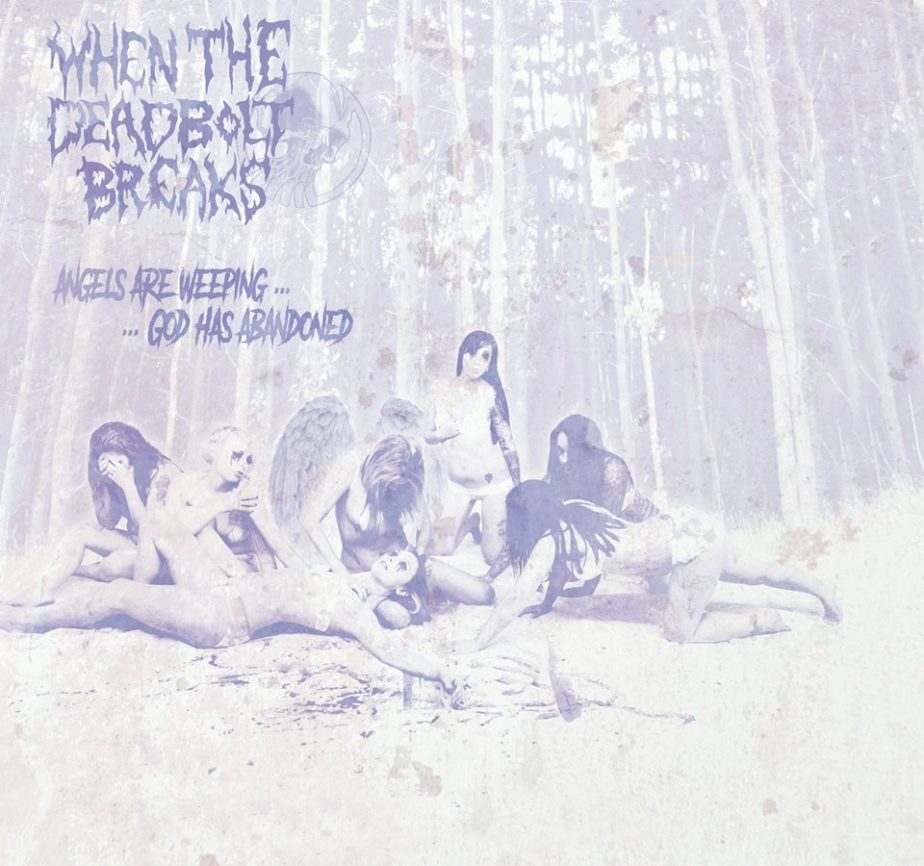 Connecticut’s emitters of darkly sludgeoned doom metal, WHEN THE DEADBOLT BREAKS, is nearing ever closer to the release of their sixth studio album.

‘Angels Are Weeping… God Has Abandoned’ will arrive via Sliptrick Records on November 2nd and finds the trio delving into some of their best-recorded work yet. Aaron Lewis (guitars/vocals), Mike Parkyn (bass / bkg. vocals), and Randall Dumas (drums) explore the expanses between both ends of the sonic spectrum in their music. From broad peaks of emotionally soaring blackened metal to pits of bleak, harrowing sludge, nowhere is off-limits.

Now in their fourteenth year of existence, with five previous album releases, WHEN THE DEADBOLT BREAKS are poised for ascension to the highest echelons of the underground music realm.

Check out the “Bloodborn” single from ‘Angels Are Weeping… God Has Abandoned’ streaming below.

On a related note, catch WHEN THE DEADBOLT BREAKS live, along with VRSA and Feed The Beast,  at The Rough Draft in Hamden, CT on Saturday, Dec. 1st [INFO].