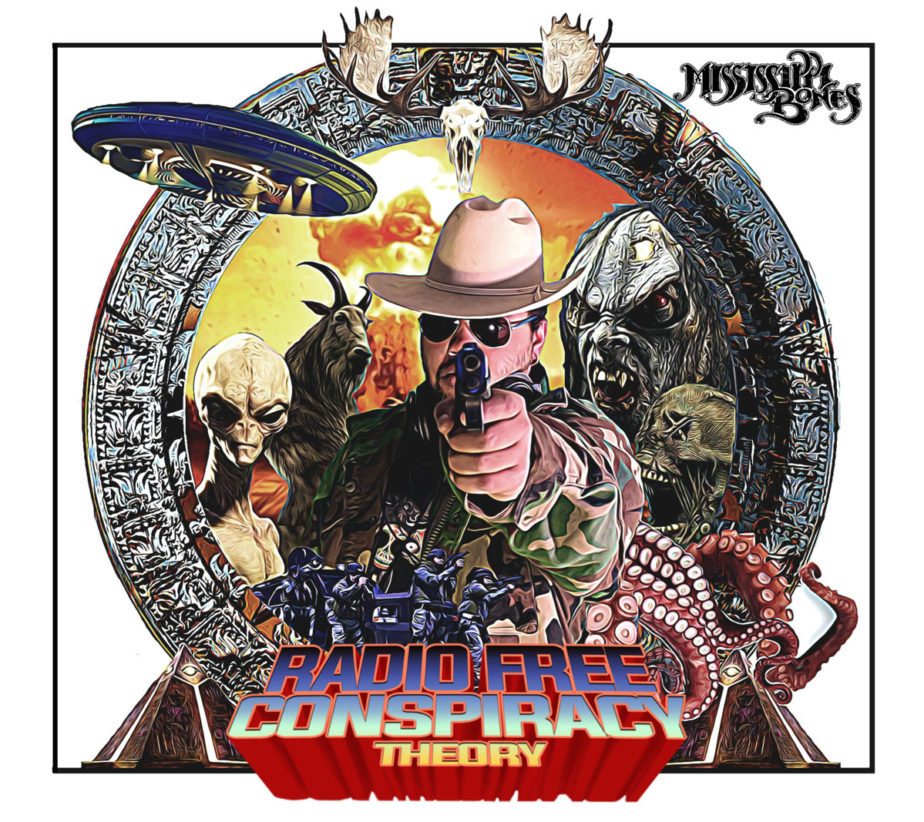 The Buckeye State’s MISSISSIPPI BONES was formed in 2010, originally as a two-man studio project with Dusty Donley and Jared Collins. They released the Mississippi Bones self-titled début that same year. In the years since they have evolved into a full-fledged six-member band, one that’s released albums and EPs on a regular basis (Discography).

With a style that is sometimes reminiscent of Clutch, and ripples with that unique Ohio state sound (ala Red Giant, Five Horse Johnson, Robot Lords Of Tokyo), the superb rock of MISSISSIPPI BONES is impossible to resist… not that anyone would want to.

That is why we are providing the stream of this year’s ‘Radio Free Conspiracy Theory‘ outing here. Check out the album artwork and tracklist, while below are the particulars about the upcoming vinyl format of the record arriving via Kozmik Artifactz on November 9th.

01. Open Air
02. A Paranoiacs Farewell
03. Blue Beam Dreams
04. Devilry And The Blues In Little Dixie
05. Genetic Flashback
06. WXXT
07. Ways To Cook A Human
08. The Order Of The Night Moose
09. Ancient Astronauts And Alien All
10. The Reptiles Are Among Us
11. Radio Free Conspiracy Theory