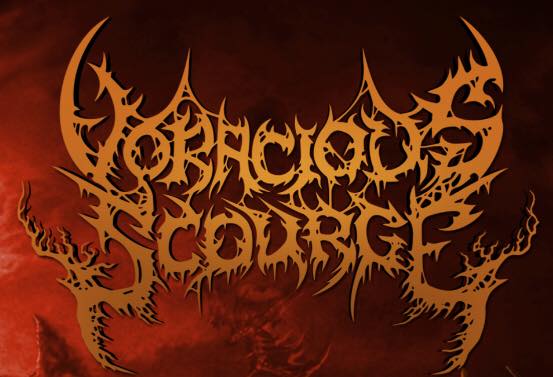 It has been quite a while since I set loose a new segment of Riot’s Revelation, huh? Yet, here we are, and have I got a band of interest for you fans of old-school death metal!

Meet VORACIOUS SCOURGE, an OSDM band with past and present members of such acts as Suture, Sinister, Suffocation, Atheist, and Pestilence within its ranks. With the greeting out of the way, let’s begin by revealing what a banner year 2018 has been for this band.

It is the brainchild of Suture guitarist Jason McIntyre, who sought to create a viable, modern band that channeled the influences of late ’80s and early 90’s death metal. He soon aligned himself with some of the genre’s most experienced veterans, ones like drummer Mike Smith (ex-Suffocation), Sinister vocalist Aad Kloosterwaard, and bassist Lance Strickland (Suture). Together, this initial version of VORACIOUS SOULS released their introductory outing, the ‘Our Demise‘ EP, earlier this year.

Now VORACIOUS SOULS return with new blood in the band, none other than legendary bassist Tony Choy – known for his contributions to such notable bands as Atheist, Cynic, and Pestilence. The collective is excited to share news of their recent signing with Massacre Records for the 2019 release of their full-length début album, currently in the works.

Personally, I am quite excited about VORACIOUS SOULS, as I was someone who spent a lot of time listening to the death metal of decades past. It was an integral part of my own formative metallic years, so there is no doubt that a band of this caliber, in this age, is something of great interest to me. Hopefully, they will be to many of you, as well.

Check out the video clip of Choy doing his thing in the studio during the recording of the new album: