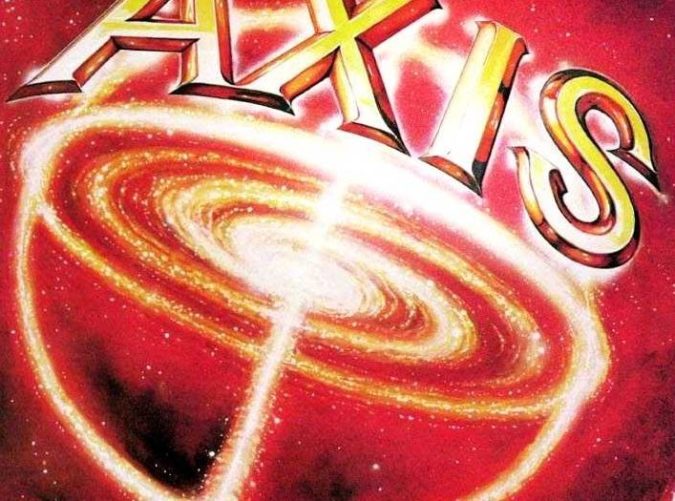 During the middle to late Seventies, one brother from the drum playing Appice Bros., Vinny Appice (his sibling Carmine is the older of the two), was well on his way to building his very own rock ‘n roll legacy.

Still in the earliest stages of that construction in 1977, Vinny had already played and/or recorded with John Lennon earlier in the decade. He was coming off a stint as the drummer for Rick Derringer, having recorded on the albums ‘Derringer’ (1976), ‘Sweet Evil’ (1977), and ‘Derringer Live’ (1977). Now he, and Derringer guitarist / vocalist Danny Johnson were forming a new band, AXIS.

The pair rounded out the line up for AXIS with bassist / vocalist Jay Davis – the original bass player for Foreigner – and went to work recording an album. AXIS was a working example of the term “power trio”, a three-piece band that possessed phenomenal musical abilities, especially in this particular case.

Unfortunately, ‘It’s A Circus World‘ would be the sole album released from the short-lived AXIS, a true “one album wonder”, if you will. That is a little saddening because the trio had immense potential and talent, all of which is displayed fully on their studio offering.

An interesting insight into some documented Rock History: After Ronnie James Dio had officially joined Black Sabbath and they had released ‘Heaven And Hell‘ in 1980, the band would eventually need a new drummer. Tony Iommi played Ronnie the AXIS album, ‘It’s A Circus World‘, to pitch the idea of their trying to recruit Vinny Appice into the band… which happened eventually, resulting in Appice’s presence on several albums, beginning with 1981’s ‘Mob Rules‘.

Vinny would go on to build that rock legacy mentioned earlier, playing in such bands as DIO, Heaven & Hell, World War III, War & Peace, Hollywood Monsters, Last In Line, Kill Devil Hill, Stonehand, and several others. Guitarist Danny Johnson has gone on to release several solo recordings while recording, producing, and touring with such acts as Alcatrazz, Alice Cooper, Graham Bonnet Band, and Steppenwolf, among others.

Another cool tidbit? Johnson wrote and played on five songs from the multi-platinum selling “Wayne’s World” soundtrack, and has songs in such films as “Gremlins” and “Gremlins II“, just to name a few.

I want to thank my pal “Iron” Will Mullins for his invaluable, insightful assistance with helping to stitch together the AXIS story for today’s Oldschool Sunday!