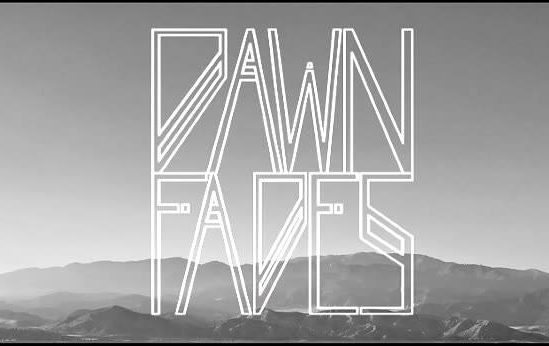 Expectations are unwavering about the album, having been fortified by the reputation the band has established by both word of mouth and their phenomenal live performances. Soon, that talk and excitement will transition into admiration and zeal with the manifesting of the imminent seven-song offering from vocalist Sam Sherwood, bassist Markus Erren Pardiñas, drummer Scott Quist, and guitarists Adam El-Gerbi and Nate Hertweck.

With the forthcoming studio introduction, DAWN FADES shall unleash an aural amalgamation of atmospheric doom and haunting, melodic post-metal. The contents of such are rife with overpowering emotion and mesmerizing elements that are emitted from a position where balance is paramount to their successful discharging. The spectrum traversed within this music is sourced from a place of symmetry, where a sonic duality is explored and encompasses both fierceness and finesse.

We invite you to stream the song “Lean” here via the embed provided, along with viewing the newly issued official video for “Freeze“.

From the beautiful nuances, offset by heavier, starkly striking aspects within such compositions as “Lean“, “Ashes“, and “See“, we are subjected to intensities of varying degrees. Alluringly magnetic, inescapably enthralling, there are unimaginable depths to these dense, hypnotic transmissions.

For me, the strongest moments presented arrive with the songs “Conceal“, “Shackle“, and “Freeze“, as each is a grandiose epic constructed of piercing guitars, fatalistic rhythms, and harrowing vocals. In fact, it is those very vocals that repeatedly delve into the listener’s own soul at times, doing so in harsher, guttural tones, or ethereally spectral ones, depending.

The DAWN FADES self-titled album will be released from Metal Assault Records on February 8th, 2019.