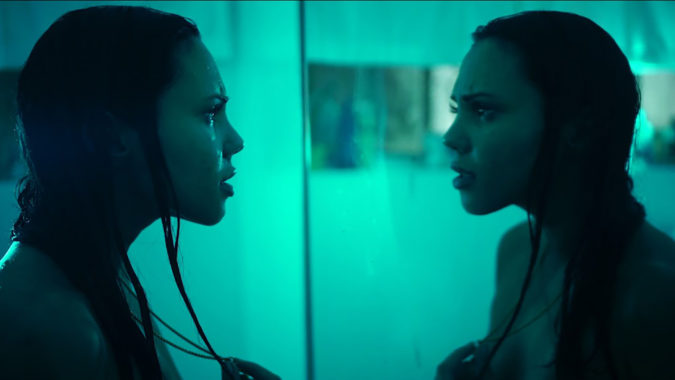 Seattle rock legends ALICE IN CHAINS – who just received their ninth Grammy nomination, this time for their latest album ‘Rainier Fog‘ – announce another interesting news item connected to the record.

The band reveals that a 90-minute science-fiction film inspired by the songs on the record, titled ‘Black Antenna‘, will arrive in early 2019. The movie, which was directed and produced by filmmaker and longtime AIC fan, Adam Mason, will be rolled out over the course of 10 episodes, each one correlating to a song from the album. Check out a video trailer for the ‘Black Antenna’ film below.

“I’m a longtime fan of the band. And this was an opportunity to do something fresh and inspiring from an indie filmmaking side. The sound and vision between album and film are closely intertwined – it was a brilliant synergy that led to a really unique project.”

“We’ve always toyed with the idea of creating videos for every song on one of our albums. Not only did we do that for Rainier Fog, it got totally out of hand and we made a whole goddamn movie. Everything that will be seen in the videos will be footage from ‘Black Antenna’ to preface the complete film’s release.”

‘Rainier Fog‘ was released in late August; it debuted at No. 12 on the Billboard 200 Album Chart, while topping both Billboard’s Rock Alternative and Hard Music Charts. It was also No. 1 on iTunes’ Rock Album Chart, and earlier this month the band received a Grammy nomination for “Best Rock Album” for the release.

ALICE IN CHAINS has since toured extensively for the album and is currently taking a break for the holidays before returning to the road again soon. They will embark upon a brief tour of Australia and New Zealand in March, then head over to Europe for a leg of touring in May and June. Find all of their scheduled tour dates HERE.