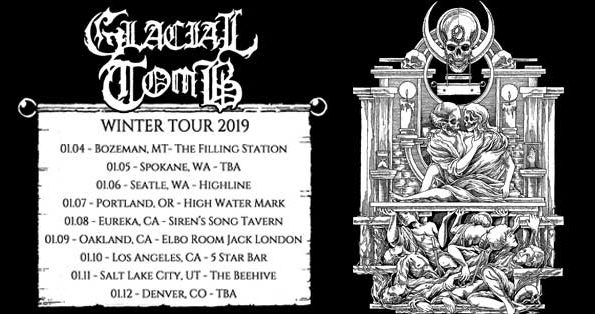 In September, we shared the news [HERE] that Khemmis guitarist and vocalist Ben Hutcherson was exploring musical avenues outside of his regular “day job” band, and doing so within GLACIAL TOMB.

The trek will see this most savage of trios hit the Pacific Northwest region, venture into California, and then back to their home state of Colorado on January 12th. Select shows will see GLACIAL TOMB joined by Druden and Void Omnia. See below for the tour’s itinerary and video trailer promoting the upcoming run.