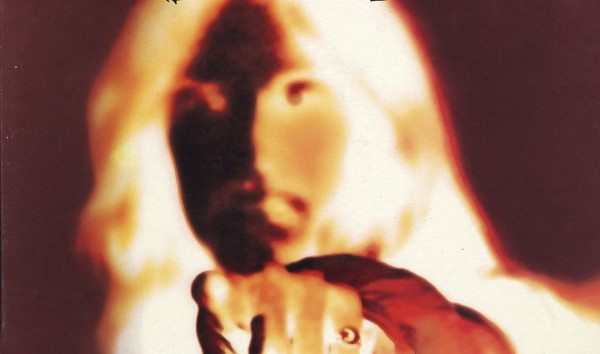 In the annals of rock history, there are many bands with interesting myths, legends, and tales connected to them, but one of the most intriguing has to be that of obscure U.S. rockers PHANTOM’S DIVINE COMEDY.

Granted, there is a lot of mystery, misdirection, and capitalizing on the circumstances of another rock band from the United States, that being The Doors, that is tied into the story of PHANTOM’S DIVINE COMEDY.

The year was 1974, three years after the death of the American poet, Jim Morrison, and of course, rumors and conspiracy theories abound that Mr. Mojo Risin’ is alive and well, having faked his death to escape the limelight. From seemingly out of nowhere, comes the band PHANTOM’S DIVINE COMEDY and their release from that same year, ‘Phantom’s Divine Comedy – Part 1‘. If you think modern-day act Ghost had a gimmick with using anonymity to their advantage, well, they don’t have a thing on our subjects here.

The nine-song Capitol Records-released ‘Phantom’s Divine Comedy – Part 1‘ had no clear indication as to who the performers on the album were, listing them only as the singer “The Phantom” and musicians “Drummer X”, “Bassist Y”, and “Keyboardist Z”. Oh, it gets better… in the reality that The Phantom and Jim Morrison do sound eerily alike, almost identical at times, in fact, and that similarity would lead to a widely shared belief that this was indeed a returned Jim Morrison.

Yes, fans insisted this was, in fact, Morrison and that he had come out of hiding. Capitol Records did much to capitalize (or “capitolize“, ha) on this, relenting only when legal actions were eventually threatened. Now, while this is an entertaining footnote, it is almost a shame that this notoriety did much to overshadow the enjoyably significant music of the band and this album.

The music itself is of a most definitive psychedelic rock styling, mostly melodic, and poignantly emotional on various levels. The subject of the songs centers on wizards, magic, knights, and royalty; all the things that Morrison The Lizard King never sang about.

In the years since its initial release 44 years ago, the truth of this album, as well as that of PHANTOM’S DIVINE COMEDY, has been fully revealed, established, and verified. Here is what we know:

The Phantom was the late Arthur Pendragon (a.k.a. Ted Pearson), who wrote all the songs on ‘Phantom’s Divine Comedy – Part 1‘ and provided vocals and piano to them. The rest of the band was James Rolland (drums), Harold Breadly (bass), and Russ Klatt (keyboards), and the album was recorded and produced by Gary Gawinek, in the band’s home state of Michigan.

Not a lot else exists or is readily available about what eventually became of the band and its members, other than a confirmation that Pendragon / Pearson had passed away, since he was thought to be the resurrected Jim Morrison. Unfortunately, very few photos of Arthur Pendragon exist, yet ironically, one that does, and is known to be him, was taken backstage at a performance with The Doors’ keyboardist Ray Manzarek and Iggy Pop.

In 1990, an earlier recording from PHANTOM’S DIVINE COMEDY surfaced, one that was recorded in 1973, yet for some reason was never released. Even less is known about it, in comparison to the 1974 album, other than some might think at times that it’s Bruce Springsteen singing on it. It has been made available as the appropriately titled ‘The Lost Album‘ and is streaming below.