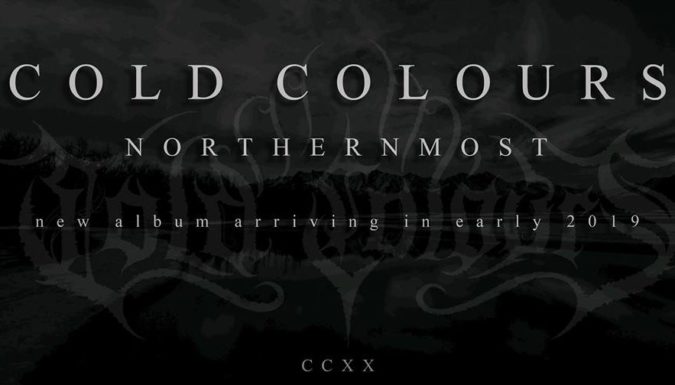 The long-running Minnesota death/doom metal band COLD COLOURS announces they will celebrate the band’s upcoming 20th anniversary with the release of their fifth studio album in early 2019.

‘Northernmost‘, recorded and mixed by drummer Mike Andrie, and mastered by the legendary Dan Swanö at Sweden’s Unisound, will see an independent release from the band on February 22nd. The album contains 12 tracks of somber gloom delivered with atmospheric heaviness and monstrous vocals, the likes of which will unquestionably appeal to fans of acts such as Amorphis, Swallow The Sun, or Katatonia.

Vocalist and guitarist Brian J. Huebner had this to say about the band’s milestone:

“If 20 years has taught me anything, it’s that you have to believe in what you are doing. No matter how many roadblocks you hit over two decades. I am thrilled that we have ‘Northernmost’ to celebrate 20 years. Our best album so far? Without question, but more importantly, the best representation of who we are and should be. This album is a testament to the chemistry of the band in 2019.”

We are sharing the ‘Northernmost‘ album artwork (created by AuroraHunter‘s Todd Salat) and details, with a lyric video for the first single, “Terminal Winter“, at this time. The COLD COLOURS‘ ‘2018 Sampler‘ EP was reviewed here in August [Link].