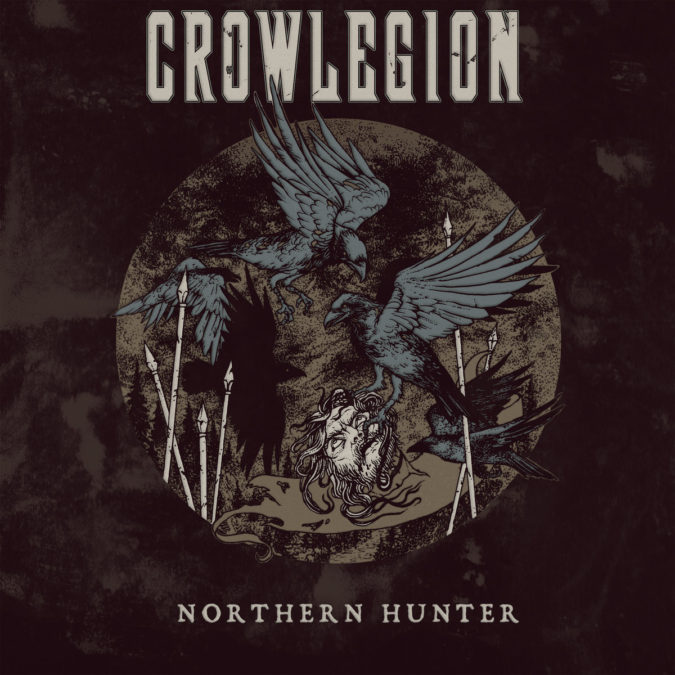 This six-song follow-up to 2014’s introductory release from the band, ‘The First Offering’, finds Linus Pilebrand (guitar, vocals) now joined by Joakim Hagselius (drums), and Peter Jakobsson (bass). With this new blood comes some fine-tuning of the band’s sludgy style of groove metal with heavier psych-doom elements, and it pays off quite nicely.

Without question, one of the strongest displays of such comes with the track “Leo Says“, a manifesting of rutted riffs, thick bass lines, and in-the-pocket, piston-like drumming. It all happens with throat-shredded vocals served in two modes: guttural and a somewhat shriek-like styling.

The CROWLEGION three break the pattern established in the previous songs with the crushing, bleak foray into the harrowing atmospheric doom of “Count The Stars“. With a slower, lumbering emission of melodic guitar and well-placed drum inserts beneath the mixed vocals, from gruff and gravelly to cleaner, semi-whispered ones, the song is an alluring stand out for certain.

For the EP ending final track “Never Back Down“, the guys pick up the pace once again, inject those monstrous grooves into the mix, and pull us right back into another tumultuous mêlée of musicality. The song rolls out riffs replete with riveting rhythms and some astounding drum work, as it quickly winds itself out to an end that seems to come all too quickly.

All in all, the newest offering from CROWLEGION, the ‘Northern Hunter‘ EP, is an intoxicating, steadfastly enjoyable excursion into heaviness for sure. Stream it for yourself in this review or go to Bandcamp [HERE] where it is also streaming and available to purchase.