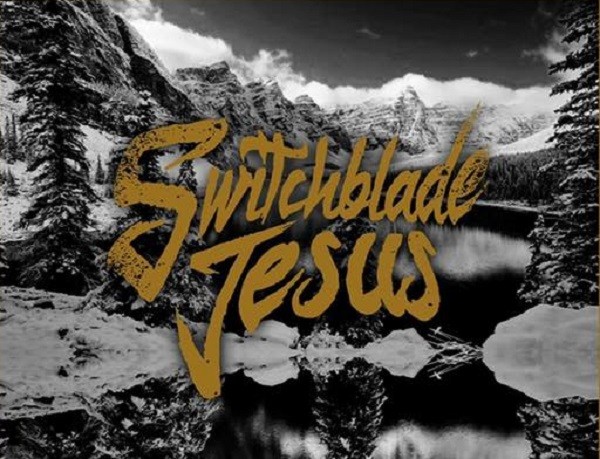 Them ornery Texas boys are back, hoo-whee. Corpus Christi’s trio of loud, SWITCHBLADE JESUS has shared with us some teasing talk about their (as yet untitled) upcoming release, as well as a live, full-set video from their 2018 set at House Of Rock.

The band gave us some insight into their full-length follow-up to 2017’s split with Fuzz Evil, the ‘Second Coming of Heavy: Chapter 7‘, coming from Ripple Music in their much-loved series of split releases. They also have a quick rager run of tour dates starting TOMORROW.

SWITCHBLADE JESUS is Eric Calvert (vocals, guitar), Chris Black (bass, vocals), and Jon Elizondo (drums), and they dole out a rather hard whomp, both on record and in a live setting, so this is some news fodder you’ll want to feed on. Straight from the lion’s mouth (so to speak), Mr. Calvert gives us the low-down on the new music:

“The follow-up to our split release is more of a faster paced tempo and feel than on the previous releases. We’ve incorporated a more modern feel to it, with inspirational takes from Helmet, Neurosis and even some thrash elements. The songs were finished at the demo stages of recording by mid-2018, and are down on tape. We are taking our time with it, and had to make a small bass adjustment at the end, because Chris came up with a new riff that we all felt needed to be included.

For this album, we’re branching out into the more heavier and modern side of metal, to expand outside the stoner rock style band we’ve been known to be. We’ll be having Zach at GodCity Studio‘s mastering the new album, we’re looking for a more polished and sharper feel compared to the last recording, which was warm and fat. We’ve been experimenting with the songs live, some of the songs were played at our Maryland Doom Fest set last year, and even on the live set in the video here.”

The new album will be coming sometime in the relatively near future via Ripple Music and we’ll have more info on that when it’s available. In the meantime, you can check out their full-set video from last summer’s show at the House Of Rock in Corpus Christi. After that, check out the dates coming up this week on their live shows with Houston’s Funeral Horse.

Side note, Funeral Horse is set to play this year’s Maryland Doom Fest, so keep an eye out for more from them as well…