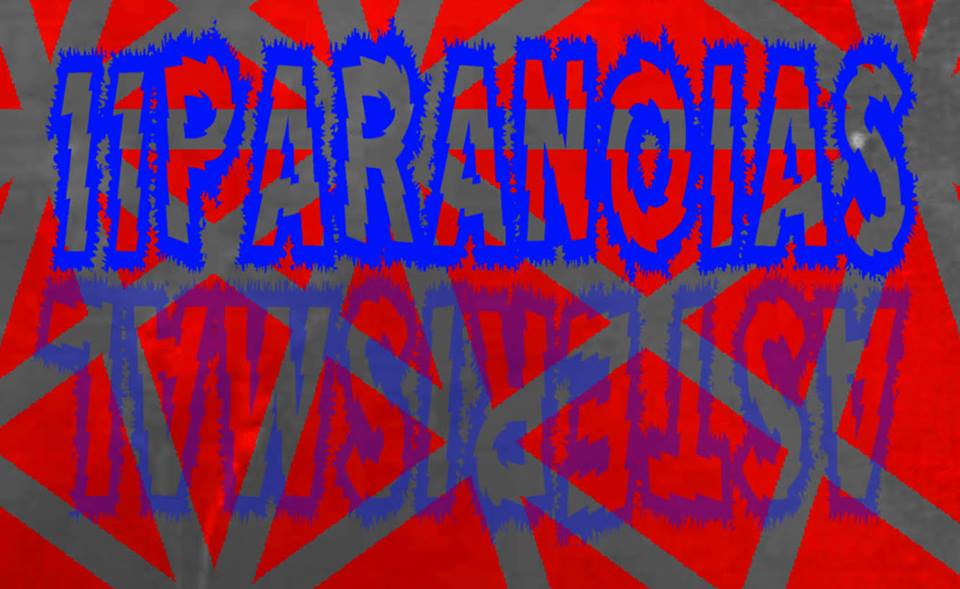 11PARANOIAS, the United Kingdom-based deliverers of transcendental psych-doom, announces the eventual arrival of the next chapter in their otherworldly pursuits of experimental audio.

‘Asterismal‘ is set for release from Ritual Productions on March 15th and is sure to elevate the collective consciousness of those that appreciate psychedelic drone music. At this time, we are sharing the album details, along with a stunning video trailer for the album.

The artwork adorning ‘Asterismal‘ comes courtesy of contemporary British artist Toby Ziegler and is of great significance and intrigue. Check it out below, along with commentary from Ziegler explaining the inspirations behind these enthralling visual enhancements. He explains:

“The cover makes reference to a pair of vanitas paintings by Georges de La Tour – ‘The Magdalen With The Smoking Flame’ and ‘The Flea Catcher’ – where the skulls and flames consider the transience of life and the certainty of death. They were painted at different times but I’ve juxtaposed them. My work is always figurative and abstract simultaneously; here, the flowering pentagram pattern weaves and flickers in and out of the representational images in a tug of war between the layers.”

People that possess 11PARANOIAS‘ 2016 release, ‘Reliquary For A Dreamed Of World’, know that it included Multi-Dimensional Paranoid Vision (MPV) keys. Those that held on to them or still have them in their possession will be rewarded in the visual plane when they access ‘Asterismal‘, as Ziegler continues:

“The MPV keys function with Asterismal to obfuscate or intensify the layers. My work has always been informed by music and in the last few years that relationship has become more explicit. It makes a lot of sense to try to find images that are somehow analogous for sound.”

The collaboration between the artist and 11PARANOIAS has been a long time coming, according to him, as he adds:

“I have known 11PARANOIAS bassist/vocalist Adam Richardson for years and we share a lot of similar cultural reference points. It seemed a great time for us to work together at long last… so when we did the artwork it happened really quickly and fluidly, and we are all very happy with the results.“

The recording and its packaging are clearly unlike anything else before them, a combined work of multi-dimensional artistry that melds aural and ocular aspects in a way that obliterates perceived limitations. Together, they are an unprecedented work of immersive mystical elements that act as liberating doorways in escaping our own cages of consciousness.

‘Asterismal‘ was recorded and mixed by Wayne Adams at Bear Bites Horse Studio, London in September 2017 and May 2018, respectively. Additional recording and mastering were undertaken by Dan Miller and Adam Richardson at XL Recordings Studio in London during July 2018. ‘Asterismal‘ will see release on LP, CD, and digital download from Ritual Productions on March 15th.

Further information, including details of limited edition packages and pre-order options, shall be revealed soon. You will find each format-specific tracklist below.