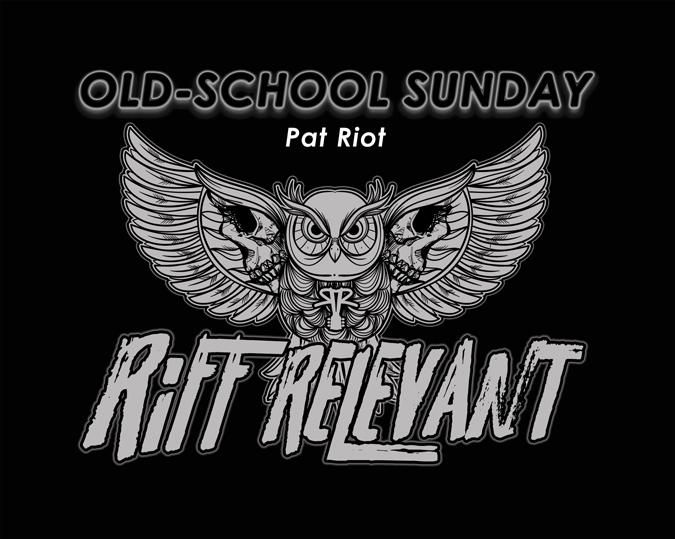 In the world of one album wonders, perhaps one of the metal realm’s best bands to gain such recognition would be Belgium’s SCAVENGER.

Yet, before their story can begin, we must go back to the real start of the band – Antwerp, circa 1980-ish – when they were known as Deep Throat. Founded by Jan Boeken (vocals), Roger Roscam (bass), and Luc Ebinger (drums), Deep Throat originally played blues-type music and seemed unable to keep a guitarist for too long, going through a string of them at the time.

By 1982, they had recorded a pair of demos that helped secure them a few live performances, then enters guitarist Marc Herremans in 1983. Marc’s influence took the band into a more heavy metal-oriented musical style, helping them land a growing number of live offers. As ever-increasing options arose, it soon became clear that a second guitarist was needed. At a festival appearance in 1984, another band on the same bill, Wicked Widow, seemed to have the ideal candidate in guitarist Patrick Vanschooren, who soon signed on with Deep Throat.

With a solid twin-guitar lineup in place, Deep Throat continued their climb playing live shows. A real shot at success soon occurred when they signed a three-album deal with Mausoleum Records in late 1984. However, around that same time, a German band by the same name claimed rights to the ownership of the Deep Throat title. Whether the case was legally resolved or not isn’t clear, but the Belgian version of the band soon changed their name to SCAVENGER.

With the new name, a record deal, and a world still yet to conquer, in early 1985 the lineup of Jan Boeken, Marc Herremans, Patrick Vanschooren, Roger Roscam, and Luc Ebinger entered Harry’s Studios to record their début album, ‘No Return‘. The album, produced by Ward Kuczynski and guitarist Marc Herremans, would see the light of day by the end of ’85, but under another title, ‘Battlefields‘, after folks at Mausoleum Records thought ‘No Return‘ was no good.

SCAVENGER began touring for the album, with ‘Battlefields‘ garnering critical acclaim and acceptance with fans of heavy metal. With impressive technical proficiency, great songwriting, dynamic ranges of music, and emotion, ‘Battlefields‘ was a spectacular start for the band, with two more albums to fulfill their contract… or so they thought.

Mausoleum Records collapsed in 1986, not long after the release of ‘Battlefields‘, and suffering a lack of financial and material support, SCAVENGER soon followed suit. Members would go on to contribute to other bands over the years, including such acts as Hellfire, Dakota, White Heat, and En Psycho Monkey, all while SCAVENGER seemed over and done.

The band stayed that way for over 30 years until the paths of Luke Ebinger and Marc Herremans crossed once again in 2017. The pair quickly decided there was unfinished business with SCAVENGER. They soon decided the time was right to resurrect the now-metallic icon and fan revered act, doing so with new members Tine “Lucifera” Callebaut (vocals), Kevin Demesmaeker (guitar), and Lucas Baten (bass).

Now fronted by the singer Callebaut, she brings the same quality and high standards to the SCAVENGER vocals as Boeken had done in the band’s glory days. It is reported that the band is hard at work in recording songs for a new album, while also lining up live appearances. However, on a sad note, the band announced this past week that original vocalist Jan Boeken has passed away, sharing the news via this message on their Facebook page:

“It is with great sadness that we announce the death of Scavenger (BEL)’s original singer, Jan Boeken. He passed away peacefully this night surrounded by family and close friends. Scavenger (BEL) (the old and new members) would like to thank him for everything he did for the band and the great times they had together. His lyrics were sincere and written directly from the heart. Jan Boeken’s greatest joy in life was to make people laugh and find joy in everything, He was a real fighter and he always went ‘into the fire’. Although it’s difficult to think of this right now…. but we know that his final wish would be to keep on laughing and last but not least to rock on!” And Yes, we will. Jan Boeken would join us the 16th in Antwerp Scavenger (BEL) invades Antwerp…. Jan Boeken, you will be there in our minds and hearts.“

In the announcement, SCAVENGER references their upcoming show Scavenger Invades Antwerp, scheduled for Saturday, February 16th [info]. They have other shows finalized and coming up including the Muskelrock 2019 festival [info] and others on the flyer below.