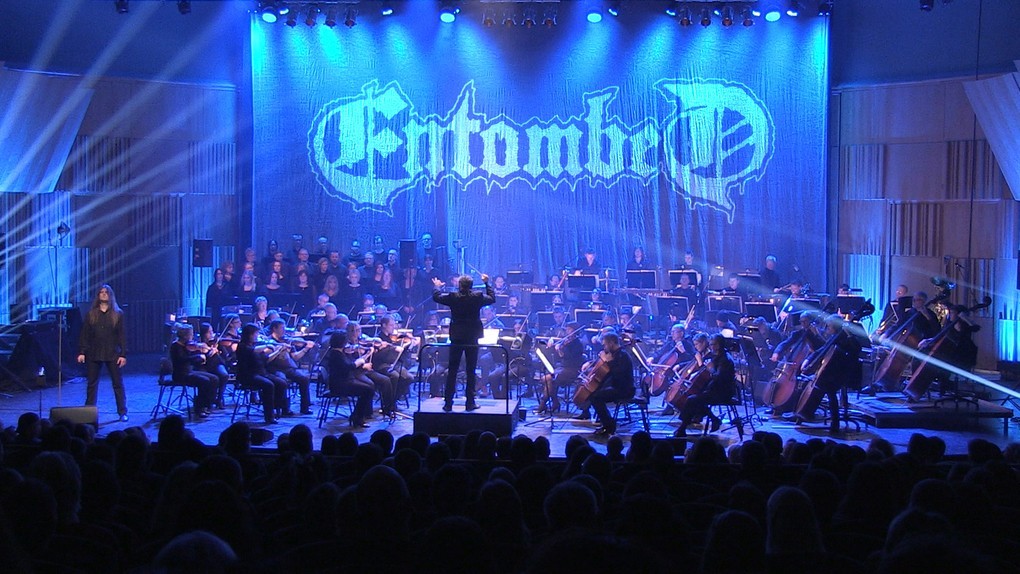 Between the end of 1991 and the beginning of 1992, depending on where one lived, the world of extreme heavy metal was changed forever with a landmark release.

Swedish Death Metal had become “a thing” by that time, as had the preceding inspiration of (just) Death Metal, and Stockholm’s ENTOMBED were changing the game. They had already released their début album ‘Left Hand Path‘  through Earache Records in 1990, a record that has become a genre-defining masterpiece in the years since. Now, the band was preparing to double down on their early domination of the death metal realm with their second movement, ‘Clandestine‘.

Released via Earache on November 12, 1991 (Europe), and February 11, 1992 (North America), ‘Clandestine‘ was a truly abrasive outing, one with factors that set it apart from the ENTOMBED discography constructed in the decades since. One of its biggest differences is the absence of vocalist Lars Göran “LG” Petrov, a role filled during recording by drummer and band founder, Nicke Andersson (though attributed to Johnny Dordevic on the album’s credits).

With Nicke handling vocals and drums, the rest of the ENTOMBED roster for the record was rounded out with bassist Lars Rosenberg, and guitarists Alex Hellid and Uffe Cederlund, with famed producer Tomas Skogsberg at the helm. Needless to say, the reverence and regard for the ‘Clandestine‘ album have grown without restraint over the years since its original release.

On November 12, 2016, an event of nearly unimaginable magnitude occurred when drummer Nicke Andersson, guitarists Alex Hellid and Uffe Cederlund, joined by Robert Andersson (vocals) and Edvin Aftonfalk (bass), gathered to mark a most historic occasion. As ENTOMBED*, the five honored the 25th Anniversary of the ‘Clandestine‘ album with a live performance, twenty-five years to the very day of the album’s original release.

They did so in two acts, the first with the Malmö Symphony Orchestra And Choir performing ‘Clandestine‘, arranged for orchestra by Thomas Von Wachenfeldt, with the original trio of members from ENTOMBED sitting in as part of the ensemble. For the second act, the full band performed the entire album live, in the original version for the very first time. The night was a powerful, historical event, one captured on video and audio for posterity, and it is that second version that brings us here today.

This is a must-have release for any fan of ENTOMBED, Swedish Death Metal, or extreme metal in general. I have hoped and prayed to the dark gods that we would be graced with such an offering at some point, and evidently, they heard them and have acted. Conductor Josef Rhedin spoke about this event, saying:

“Allowing Entombed‘s suggestive music to meet Symphony Orchestra and Choir is a very creative and exciting concept. Composer Thomas Von Wachenfeldt‘s arrangement contains challenges for both orchestral musicians and for me as a conductor, as the starting point has been to interpret the “Clandestine” in a classical, symphonic format, rather than plank the music outright.”

“It is amazing to experience the musical journey with an orchestra and we really enjoyed the experience.“

*ENTOMBED is not to be confused with the LG Petrov version of the band, ENTOMBED A.D.