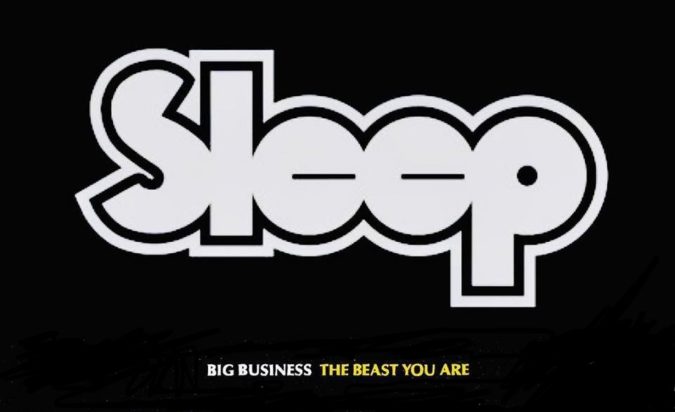 Quick on the heels of their own announcement of a North American headlining tour this March – April, preceded by a run of dates with Clutch, BIG BUSINESS will follow both with a run alongside SLEEP.

SLEEP broke the news this past week when they revealed plans for an extensive U.S. headline tour this spring, accompanied by BIG BUSINESS. The trek will span from May 27th through June 18th, as SLEEP continues to support last year’s 4/20 album release, ‘The Sciences‘. The informal “stoner holiday” record marked the first new record from the group since issuing ‘Jerusalem’ in 1998 (which was later re-branded as ‘Dopesmoker’ in 2003 and packed as an elongated, singular, hour-plus track alongside a live version of “Sonic Titan“).

‘The Sciences‘ album is streaming below. The new record is available at SLEEP‘s new merch store at Third Man Records.

In addition to their run of U.S. dates in May and June, SLEEP also has a few live dates in Europe – including a special dual-night set of career-spanning performances at this year’s Roadburn Festival in Tilburg, Netherlands. On each night of Roadburn’s ‘Twenty-Seven Years of Sleep‘ sets, the band will perform one album in its entirety – the first night being ‘Holy Mountain‘, the second with ‘The Sciences‘.

As reported in the article linked at the beginning, BIG BUSINESS will release their sixth album, ‘The Beast You Are‘, through Joyful Noise Recordings on April 12th. The first single “Let Them Grind” is streaming below.

Find the list of all upcoming SLEEP Tour dates, including their U.S. trek with BIG BUSINESS, listed below.