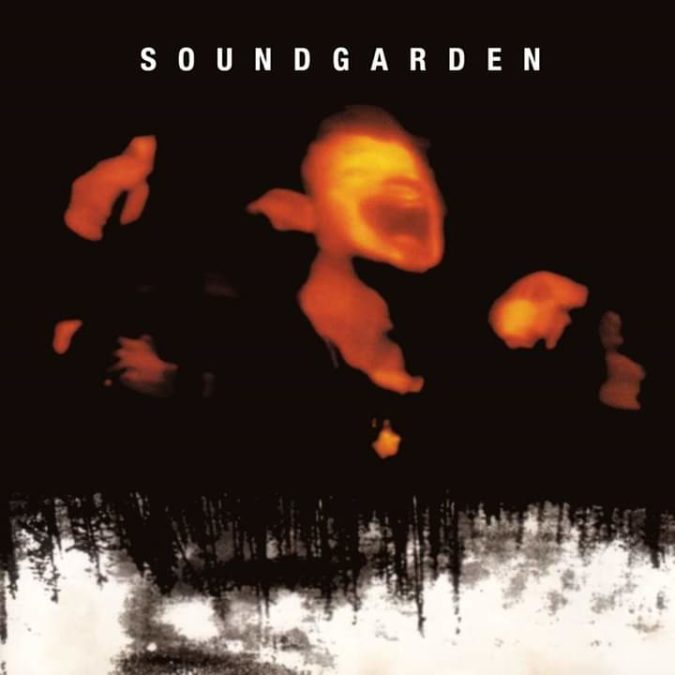 After the runaway success of ‘Badmotorfinger‘ and its full-on realization of SOUNDGARDEN‘s unique musical style, the only possible direction for the follow-up was BIGGER.

Much bigger, in fact. The final disc ended up as a 70-minute monster that, unlike many of the CDs of the era that attempted to capitalize on the extended room of the relatively new format and only succeeded in testing the listener’s patience, warranted and rewarded the extra run time. Released on March 8, 1994, after 25 years the album ‘Superunknown‘ remains the band’s ‘Physical Graffiti‘, an album that took the promise of those early albums and set them loose in every direction, without losing sight of what made their earlier works so compelling.

The band bashes us in the mouth from the outset, “Let Me Drown” full of dropped-D guitar hooks that are heavy as hell, but leaving the listener reaching for the Dramamine with its seasick, lurching grooves. “My Wave” sticks with the watery themes and finds the band charging through an intense barrel of surf and coming out the other end to a psychedelic, dreamy outro.

Angst-ridden and worn down, “Fell On Black Days” was prime downer SOUNDGARDEN, exploring the depression that sadly held its grip on Chris Cornell all the way until the tragic end of the singer’s too-short life. But the poetry that Cornell was capable of remains a beautiful thing, forged from heartbreak and ennui as it was. The heaviness quotient is ratcheted up on “Mailman”, courtesy of drummer Matt Cameron, while the serpentine riffing of the title track makes for the perfect backdrop for Cornell‘s questioning, obtuse lyrics.

Quasi-Middle Eastern melodies had always been a hallmark of SOUNDGARDEN‘s music, stemming largely from the band’s affinity for droning low tunings. The Ben Shepherd-penned “Head Down” dives headlong into the deep end with its unusual note choices and quavering vocal performance.

No one can predict what makes a hit song, but I’m sure even the band were taken aback by the overwhelming response to “Black Hole Sun”, a song full of diverse musical inspirations coalescing into a catchy, beautiful, dour mess that fit the post-Kurt Cobain suicide time frame almost too perfectly. Beatles-like harmonies drift hazily over languid guitar arpeggios, Kim Thayil‘s idiosyncratic guitar lines quack sullenly from the corners, and Cornell delivers a soulful performance, adding up to a remarkable, unexpected gem that shone like a diamond, even among this embarrassment of riches.

Matt Cameron pounds away in the ridiculously groovy “Spoonman”, but still has the grace to give up the spotlight to his percussionist brother in arms (and song inspiration) Artis the Spoonman, Seattle sidewalk performer and urban myth personified. The unexpected “spoon solo” in the middle of the song shows the band willing to try anything here and they almost unanimously win at every gamble. Cornell gives as good as he gets, the vocals here reacting to and spurring on the other instruments to ever greater heights. “Limo Wreck” highlights SOUNDGARDEN‘s unique ability to employ shifting time signatures to great effect without sounding academic, no doubt stemming from the fact that guitarist Kim Thayil and drummer Cameron arrive at the results intuitively, rather than through forced writing.

Ben Shepherd‘s thick bass tone rumbles out of the wreckage of the droning intro of “The Day I Tried To Live”, establishing the infectious verse riff. The chorus, with its subtle lyrical changes on every repeat, is full of magnificent lines highlighting the poetic, but still visceral lyrical choices employed by Cornell. “The day I tried to live / I stole a thousand beggars’ change / And gave it to the rich” is ironically provocative and arresting.

The punkish blast of “Kickstand” is a delectable palate cleanser, setting up the stately “Fresh Tendrils”, its Led Zeppelin-ish groove and pummeling drum contortions are other highlights that can be lost in the tsunami of stunning moments that populate the album. Dark and foreboding, “4th of July” is SOUNDGARDEN at their sludgiest, a death march through Dante’s Inferno, all the way down to its nadir. After that, the bizarre lunacy of “Half”, with its Munchkin-land vocals and acid trip lyrics courtesy of Ben Shepherd, seems almost quaint and approachable.

The album ends with the hungover solemnity of “Like Suicide”, sadly even more applicable and nearly prophetic given what we know now. Some of Cornell‘s best lyrics can be found here – “Bit down on the bullet now / Had a taste so sour / Had to think of something sweet / Love’s like suicide / Safe outside my gilded cage / With an ounce of pain / I wield a ton of rage / Just like suicide.” It’s a bitter reminder that if a person is talking about suicide, they’ve almost surely contemplated it, and Cornell‘s career was littered with thinly veiled allusions to being done with the pain that accompanied existence.

But despite the heartrending end to his story, Cornell and the rest of Soundgarden left behind a discography full of astonishingly rich and multi-faceted music, capable of moving you to tears and provoking you with its dirty, psychedelic spirit. And ‘Superunknown‘ was one of the largest canvases they ever painted, filling every corner with their artistry. Celebrated from the time of its release, the album is still capable of surprising us with its ambitious sprawl, raw emotion, and unshakable delivery, the band’s reach never exceeding its grasp once throughout the entire effort.

The term “grunge” fails to do justice to the music here, the drab hues associated with the word at odds with the kaleidoscopic array of colors SOUNDGARDEN cultivate and allow to run riot here. This was music that refused to be penned in by outside expectations, the only limits the grand imaginations and ambitions of the four musicians involved. On this record, the band allowed its wildest inclinations to bloom to their fullest, and heavy rock music was forever greater for it.