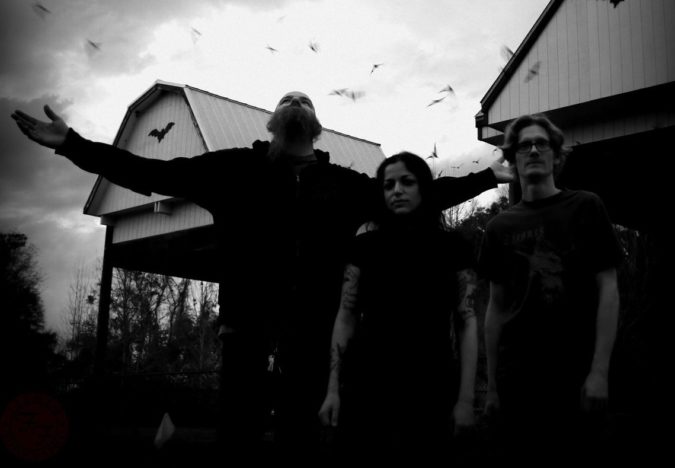 Anticipation for the new recording’s arrival has steadily grown since it was announced in late 2018, especially with those familiar with THUNDERCLAP by means of 2014’s ‘The Moon Leads‘ EP (currently streaming and available as a Name Your Price item at Bandcamp HERE).

‘Inebriocean‘ was recorded, mixed, and mastered by Ryan Williams at Black Bear Studios in Gainesville, FL, and is adorned with cover artwork created by Ted Lincoln. It will arrive on March 29th on LP and digital platforms, with distribution provided by Dead Tank Records. The pre-order is active now.

The first single to arrive from the new album is the track “47“, which features a guest vocal contribution from Towers Of Hanoi’s Rachel Ryder. Along with it, a brief video-based trailer for the album is included at the bottom of this page.

Todd Rockhill (guitar, bass, vocals, piano) and Danny Welsh (drums) originally formed THUNDERCLAP as a duo in 2012. They began working on songs inspired by the idea of taking influences from metal bands like Judas Priest or Black Sabbath and melding them with a heavy, down-tuned, sludge styling derived from acts like Melvins or Cavity. While working on lyrical ideas, Rockhill ran across a book of dark poems by fellow musician Ale Gasso, her words seeming to fit the mood of the music being created.

Bassist Jerome Goodman soon joined the band, completing the trio that went on to record ‘The Moon Leads‘ EP mentioned above. After its release, Gasso would join THUNDERCLAP on guitar though before long, Goodman would depart and the trio has remained without bass or bassist, since.

With the imminent seven-song ‘Inebriocean‘ album, the individuals in THUNDERCLAP have taken their shared punk and hardcore roots and forcefully evolved them. A transforming impetus of cavernous sludge and murky doom, offset with resonating atmospherics, is now used resulting in stark musical heaviness. From there, layers of visual and conceptual enhancements are used to augment the multidimensional audio emissions of THUNDERCLAP.

In related news, THUNDERCLAP will perform at the following events: