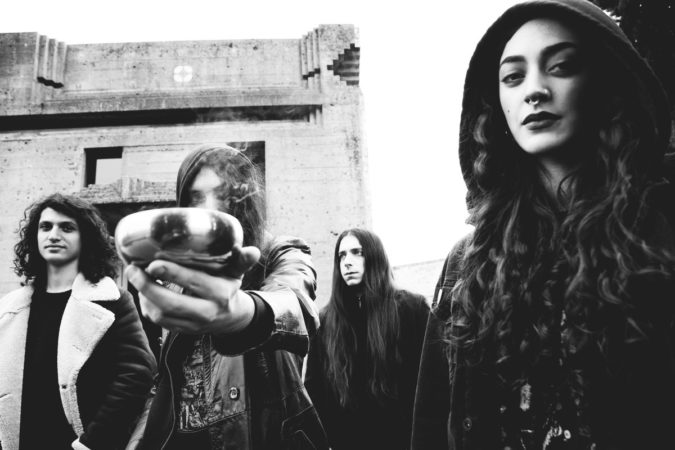 The pair of songs, “She Knows” and “Tulsi“, deliver a 12-minute long video clip of mostly somber minimalism that eventually gives way to resonating, heavier passages. This new, doubleheader was directed and shot by Laura Sans and follows the previously shared “Leah” video from MESSA. We have included it here also, along with the streaming ‘Feast For Water’ album.

On a related note, MESSA will perform at this week’s Roadburn Festival in The Netherlands, where they will be joined by a special guest, tenor saxophonist Lorenzo De Luca. They will perform a one-time-only set of songs from both the band’s albums, ‘Belfry’ and ‘Feast For Water’, both of which featured the crucial instrument, especially the latter.