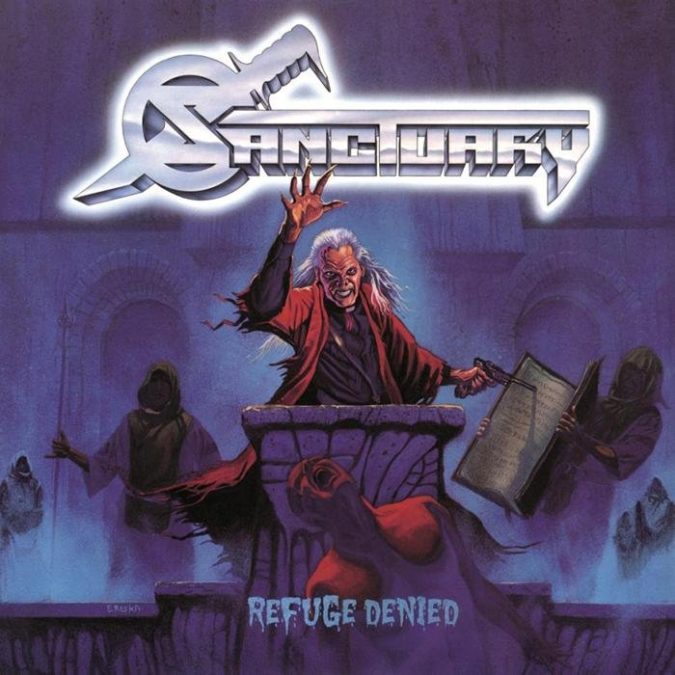 The trek will kick off on July 11th in Atlanta and conclude on August 17th in Seattle, with support on the tour provided by GHOST SHIP OCTAVIUS, the band featuring former Nevermore drummer Van Williams. The news is sure to come as a welcomed update on SANCTUARY, who have been somewhat vague about the future of the band since the passing of singer Warrel Dane in 2017.

Last year, SANCTUARY successfully conducted a North American tour as a tribute to Dane, one with Witherfall vocalist Joseph Michael behind the microphone. Also joining the band on the road was second guitarist Joey Concepcion (Armageddon, The Absence) and both Michael and Concepcion will return for this summer’s trek. The band revealed their plans in the following statement:

“It is with great pleasure that we can finally announce that SANCTUARY are officially continuing on. This small string of U.S. dates will serve as the starting point of many more things to come.

“To celebrate the deep history of the band and the connection the fans have with us, we will perform ‘Refuge Denied’ in its entirety, along with other popular songs. Along for this journey, GHOST SHIP OCTAVIUS will be joining us.

Formed in Seattle in 1985, SANCTUARY was quickly signed to Epic Records with the help of Megadeth’s Dave Mustaine. There, they released two well-received albums, ‘Refuge Denied‘ in 1988, and its follow-up, 1990’s ‘Into The Mirror Black‘. Without question, it was their introductory offering in 1988 that put SANCTUARY on the metal musical map for many.

The nine-song opus was produced by Dave Mustaine and engineered by Terry Date, and is adorned with incredible cover artwork from the famed Ed Repka (Dark Angel, Fallen Man, Nuclear Assault). Eventually, SANCTUARY would disband in 1992, members going on to either form or join such bands as Nevermore, Undone, and Panic. It would be nearly two decades before they would reform in 2010, appearing at several prestigious worldwide metal festivals before returning to the studio to record their acclaimed full-length comeback album, ‘The Year The Sun Died‘, for Century Media Records in 2014.

Sadly, that return of the band was cut short by the passing of Warrel Dane from a heart attack in 2017. The future of SANCTUARY was briefly reduced to uncertainty until his surviving bandmates recently decided to carry on in tribute to his memory. That, and the overwhelming fan support for last year’s touring version of the band, seems to have helped sway SANCTUARY toward the realization to advance into a new era for this iconic band.