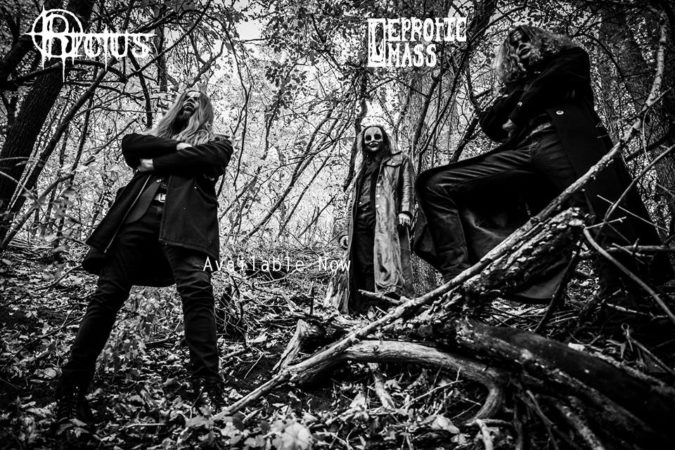 The song and its subsequent video hail from the band’s 2018 album release for Pale Noise Media, ‘Leprotic Mass‘. If you have not heard the album, then you are missing out on a grandiose movement of ferocious, untamed brutality that mashes together blackened thrash and death metal. Not just any generic, run-of-the-mill death metal, but the sort riveted with old-school elements reminiscent of classic acts like Morbid Angel or Suffocation.

Originally forming in 2014, under the name Rictus Vulgaris, band founders Matt Wees (vocals and guitar) and Andy Meyer (bass and backing vocals) would see other players come and go. Before long, the duo ran across drummer Kieran Eckberg and the cast was set within the act that along the way had become simply RICTUS.

The trio worked tirelessly over the length of three years, encountering hardships and obstacles all along the way, yet with a determined sense of perseverance, they stayed the course. Matt and Andy started the Pale Noise Media label during those years while handling all songwriting, lyrics, in-studio production, engineering, mixing, mastering, and art direction for their 2018 album.

Speaking of which… the ‘Leprotic Mass‘ album is available for streaming here. In celebration of this timely video offering, the album has been made NYP (Name Your Price) at Bandcamp for a limited time.