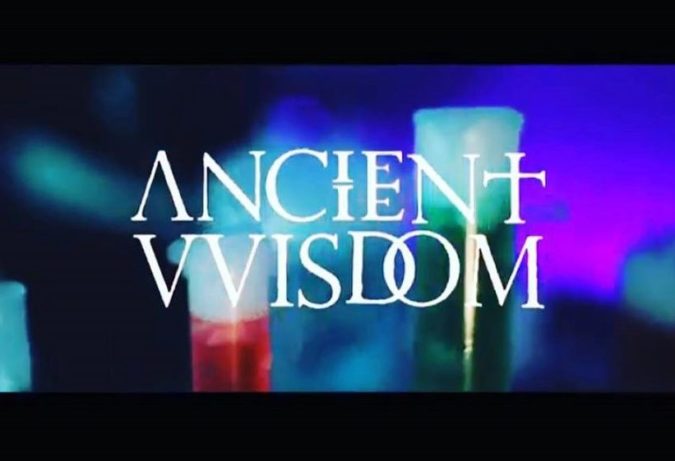 The single hails from the band’s currently in-progress new album ‘Mundus‘, which is expected to arrive this fall from Argonauta Records. With the sharing of today’s new song, ANCIENT VVISDOM quickly reveal they are exploring heavier edges and more aggressive substance in their newest material. The band’s founder (and ex-Integrity drummer) Nathan “Opposition“ Jochum commented on this saying:

“Our new album is titled Mundus. We put our heart and soul into this. This album speaks volumes both sonically and philosophically. We had quite the amazing team of talented individuals who helped shape what is now our favorite AVV album to date! Thank you all very much for your help.

The world we live in is so fucked up and there is so much to write about, its sad for me to see how many artist these days have the amps and the platform but nothing to say. The lyrics on Mundus have something very powerful to say. The music, the message, the vision and the voice. I hope in years to come the music community can come together, be enlightened, and take a stance against the hypocrisy, the bigotry, the hate, the injustices of our modern society. We all have a voice now lets band together and use it to change the world. Extinction is the rule, survival is the exception.”

‘Mundus‘ is the follow-up to the band’s acclaimed fourth album released in 2017, ‘33‘, a most enlightening effort from the band that brothers Nathan “Opposition“ Jochum (vocals, acoustic guitar, kick drum) and Michael Jochum (guitar, back up vocals) form the nucleus of.

‘Mundus‘ was engineered by Noah Buchanan and mastered by Arthur Rizk, while the album artwork (created by Karmazid) is yet to be revealed. In recent years, Nathan Opposition has garnered notice and accolades for his work in the band Vessel Of Light, with guitarist Dan Lorenzo (of Hades, Non-Fiction, and The Cursed fame).

‘Mundus‘ from ANCIENT VVISDOM is scheduled for release in the Fall of 2019 from Argonauta Records.