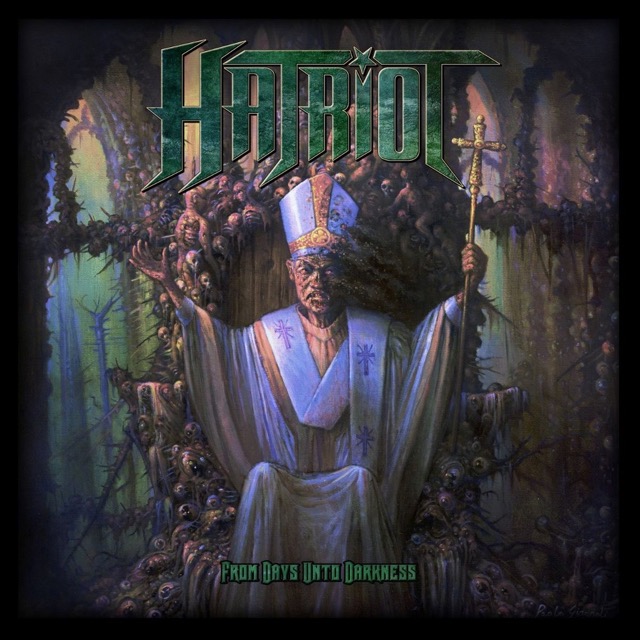 With an abundance of scathing intensity and ferocious attitude driving their music, HATRIOT specializes in channeling elements native to their home region. Shredding guitars, monstrous rhythms, and rapid-fire drums give things a sense of chaotic mayhem taking place. ‘From Days Unto Darkness‘ will build upon the precedent set by the band’s previous releases, 2014’s ‘Dawn Of The New Centurion‘ and 2013’s ‘Heroes Of Origin‘.

With a thematic relevance connecting the symbolic Paolo Girard created album artwork, its depictions of religious facades and end-time horrors are detailed in bleak, nefarious lyrics. A gamut of subject matter is tackled head-on in them including issues such as conspiracy theories, horror icons, and the New World Order. The artwork and track-list are revealed at this time, along with the previously shared lyric video for the single “Frankenstein Must Be Destroyed“.

‘From Days Unto Darkness‘ will be available as CD Digipak, limited edition vinyl LP, and digitally, with pre-order available soon. It will arrive July 26th from Massacre Records.