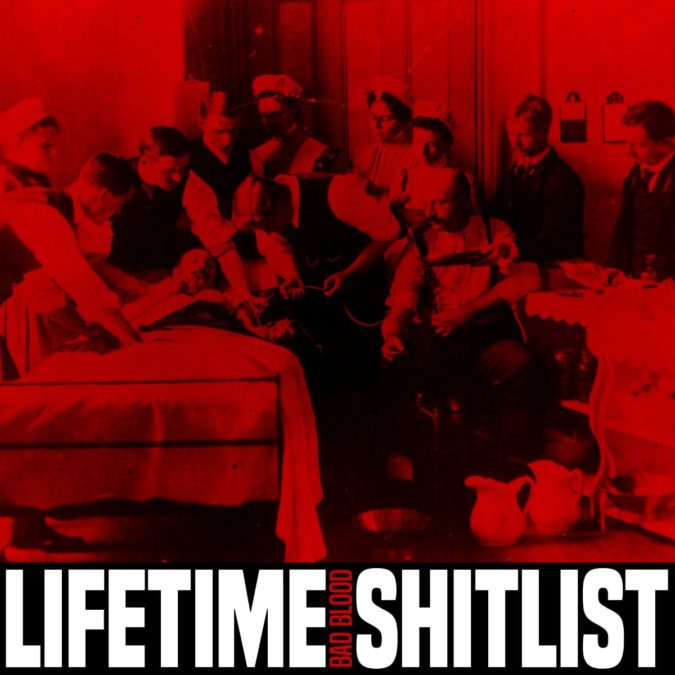 LIFETIME SHITLIST. “Everybody has one and everyone is on one.” Well, I don’t personally have one, but I do have a fairly long ‘ignore list’, although I’m potentially on at least one or six shitlists by now.

Guitarist Matt Crocco chimes in on the new album:

“We worked hard on these songs and, against all odds, I think we’ve put out a killer record. Ned brought his bass back into active status for this one and, like the amazing bastard he is, now handles dual-duty on vocals. We just want to get the music out there and into everyone’s ears.”

The ‘Bad Blood‘ album was recorded in the Spring of 2019, by Noel Mueller. The album was also mixed and mastered by Noel Mueller. The cover photograph by O.G. Mason, with layout by Mueller. ‘Bad Blood‘ will be released via limited edition CD and digital download on August 16th through Grimoire Records. The title track is streaming above and pre-ordering is available via Grimoire Records.