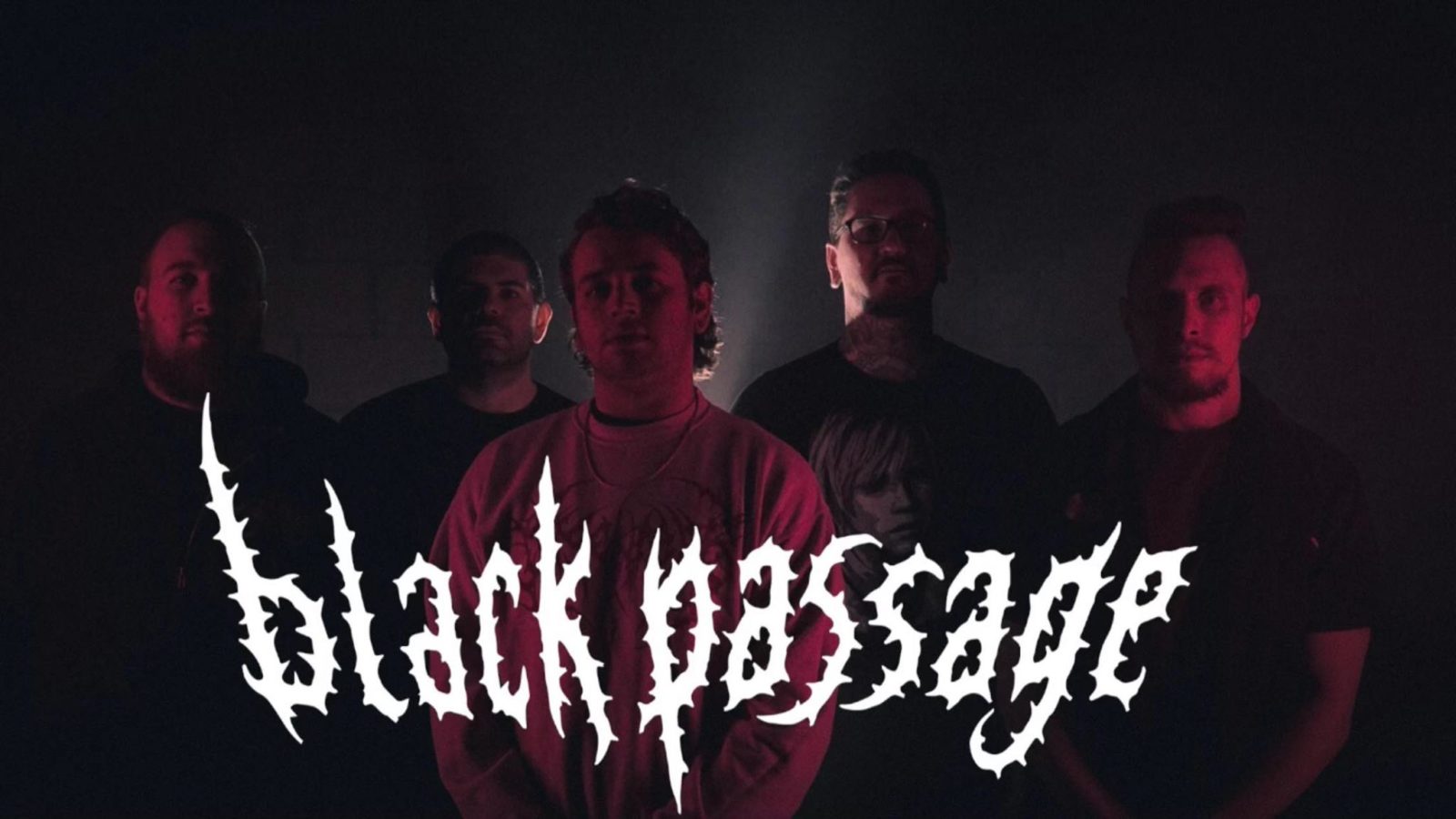 From the place that brought us Testament, Forbidden, Possessed, and countless other heavy metal deities, the Bay Area region of San Francisco, California, comes BLACK PASSAGE.

Comprised of members from such well-known acts as Wolf King, Fallujah, Anisoptera, and Behold The Desecration, BLACK PASSAGE is poised to propagate a new age of progressive empowered metal. “How so?” you may be asking… well, allow me to share the following with you:

By harnessing hefty, harrowing heaviness in their music, then adorning it with occasional atmospheric accents. Part death metal, part modern alternative, and fully framed with both brutality and delicacy, the output of BLACK PASSAGE is quite potent.

This will be immediately evident upon hearing this quintet’s compositions, as we share the band’s official video for the new single, “Tables Turn“. Offset with smoldering portions of reserved rocking, eventually giving way to explosive discharges of deathly savagery and profanity-laced guttural vocalizations, this song provides a clear picture of what this band has to offer.

“Tables Turn” is the third single to arrive from the upcoming independent album release from BLACK PASSAGE, ‘The Veil‘, following the previously presented “Left To Waste” and “Silent Home” (also included below).

‘The Veil‘ is set to drop independently from the band on July 26th; it is available to pre-order now at this LINK.