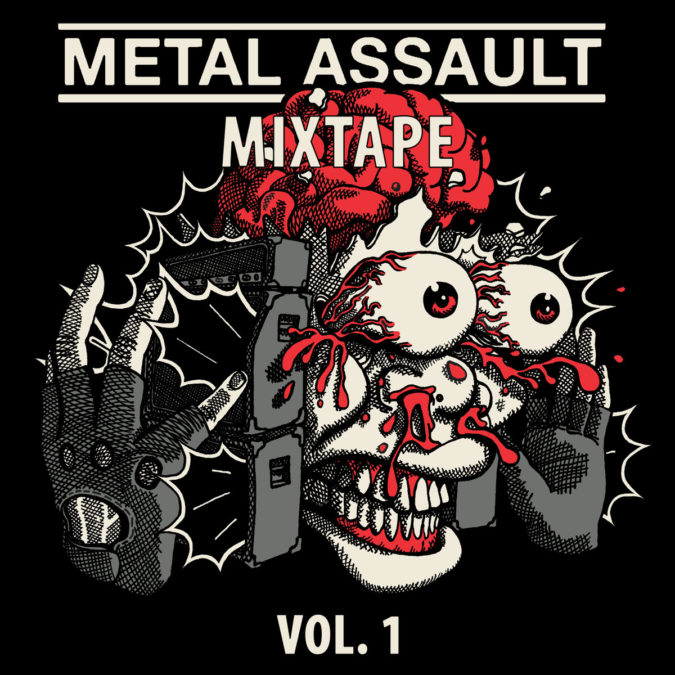 In 2018, the launch of L.A. based Metal Assault Records, the label division of multifaceted curators METAL ASSAULT, brought a new source of music and bands to fans worldwide.

During the short year that has passed since, Metal Assault Records has signed and worked with such artists as Solar Haze, Dawn Fades, and Goliathan, among others. Recently, the label revealed it would release an incredible compilation amassing together some of the contemporary age’s finest underground heavy music artists.

One of these astounding collectives is ready to strike here today, as we present the exclusive premiere of “Liar And A Faker” from CORNERS OF SANCTUARY! Philadelphia’s incendiary power metal dynamo delivers the goods with this number, one that features the band’s “new” singer, Ryan Michael who joined C.O.S. in late 2018. Alongside guitarist Mick Michaels, bassist James Pera, and drummer Mad T., the quartet openly display their classic metal influences on this Bill Metoyer-produced (Armored Saint, Trouble, W.A.S.P.) song.

Experience the hard-hitting, electrifying heavy metal of “Liar And A Faker” from CORNERS OF SANCTUARY in the player here. Further details about the upcoming ‘Metal Assault Mixtape – Vol. 1‘ can be found below, along with two previously premiered songs from the compilation: “Amok” from Zinngeschrei and “Trial To Fire” from Ancient Fears.

‘Metal Assault Mixtape – Vol. 1‘ from Metal Assault Records will be released August 9th and is available on cassette (limited to 100 copies) and digital download. Every purchase of the cassette tape comes with a free digital download of the complete compilation album; find pre-order active now at this LINK.

To celebrate the release, Metal Assault Records announces two separate live events where several of the contributing bands will perform: