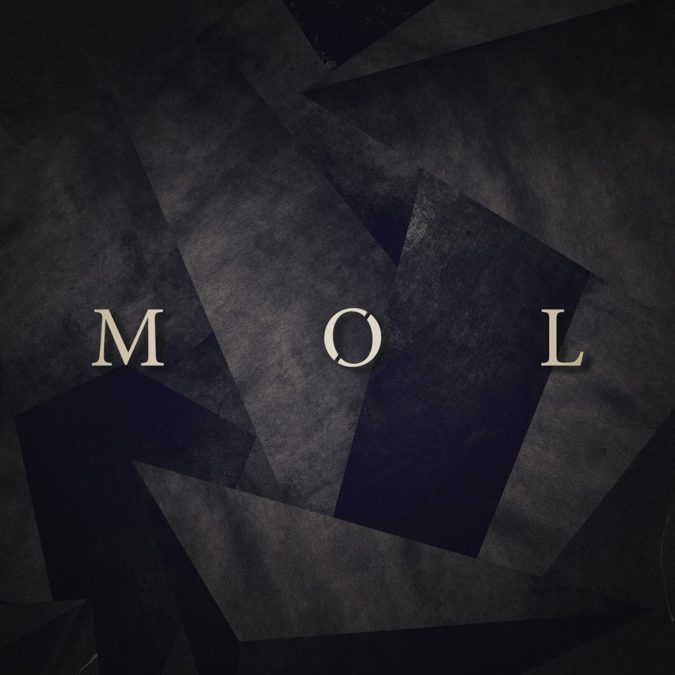 When it comes to blackened powergaze metal with textural augmentations, very few bands in the world can compare to the likes of Denmark’s MØL.

Their 2018 full-length début ‘JORD‘ was the phenomenal realization of their shoegaze-meets-black metal approach to artistic creativity. Within the album’s monumental, far-reaching presentation of aggro-atmospheric musical constructs, a type of chaotic beauty was revealed. However, MØL was not always this finely tuned, but rather a unit that was much more raw and unfiltered, one that was seeking its way much earlier on.

The band’s initial quests were captured in not one, but two EP releases in times prior to last year’s grandiose opus. Separately, these condensed explorations were known as ‘I’ and ‘II’, the contents of each were less perfected and of a clearly more volatile nature.

Recently, MØL partnered with Holy Roar Records to remaster, repackage, and re-release the recordings as the singular, stand-alone offering, ‘I / II‘ (streaming). Arriving earlier this month on CD, vinyl, and digital formats, the now combined EPs showcase a much different MØL, to be sure. Still yet, their hybrid of multifaceted black metal, emotion-driven psychedelia, and heady shoegaze is as spellbinding as ever.

To celebrate the ‘I / II‘ release, MØL shares a new documentary-style video for the song “Sundrowned“, featuring a short montage of footage taken from their creation process. In it, we get a fly-on-the-wall perspective of the band shaping and honing their sound over the past three years. Witness those events in the video below and make sure to check out the band’s touring news announcement.

Yes, MØL is set to tour Europe with Rivers Of Nihil, Black Crown Initiate, and Orbit Culture. Starting with a run of German dates in September and ending in October with a show in Belgium. Find the full itinerary listed below.