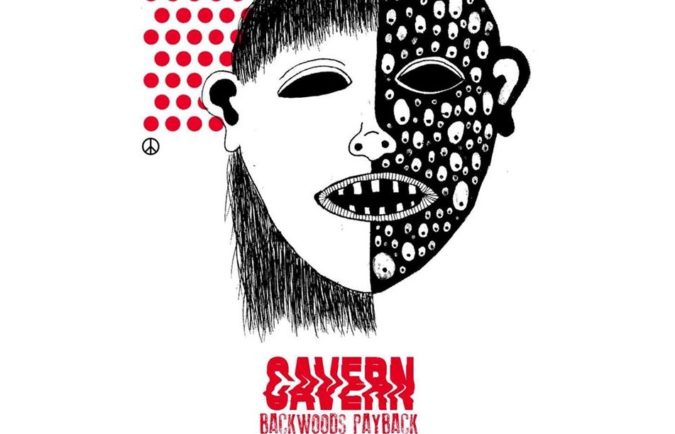 Two of underground music’s more hazardously heavier acts announce they will join forces for a short run of live dates in September.

The bands, as revealed in the title of this article, of course, are none other than dual State residing BACKWOODS PAYBACK from Pennsylvania / Virginia and CAVERN from out of Maryland. The potential for venue obliteration will be more than merely significant as this pair of tumultuous trios take off together on September 23rd in Cleveland, OH. From there, they will hit specific locales as they gradually journey into Canada before returning stateside to wrap up the run on September 29th in Philadelphia.

Yes, you read that correctly, CAVERN have evolved into a trio and not only their membership has been affected. The recent addition of bassist Rose Heater upgraded the duo – guitarist and synth contributor Zach Harkins and drummer Stephen Schrock – to a three-piece. That is not all that resulted, as the former instrumental outfit has now taken on the new component of possessing vocals, like those heard on April’s single offering, “Fade Before The Flood” streaming here.

On the other hand, BACKWOODS PAYBACK has been paying it forward since Erik Larson (Alabama Thunderpussy, Avail, Hail Hornet) began drumming in the band nearly four years ago. Alongside founding guitarist and vocalist Mike Cummings and founding bassist Jessica Baker, these three have contributed two incredible albums, 2018’s ‘Future Slum‘ [check the review & stream] and 2016’s ‘Fire Not Reason‘, to the already quite impressive discography from the band. This and much more was discussed by Cummings and myself in our 2018 interview, available here.

These two heavyweights guarantee to provide attendees with stunning live performances at stops along their upcoming tour. Support at each stop will be announced via flyers, event pages, etc., yet we can report the kick-off gig in Cleveland will include Sparrowmilk, while the closing show in Philly features Solace. The trek’s itinerary is listed below.